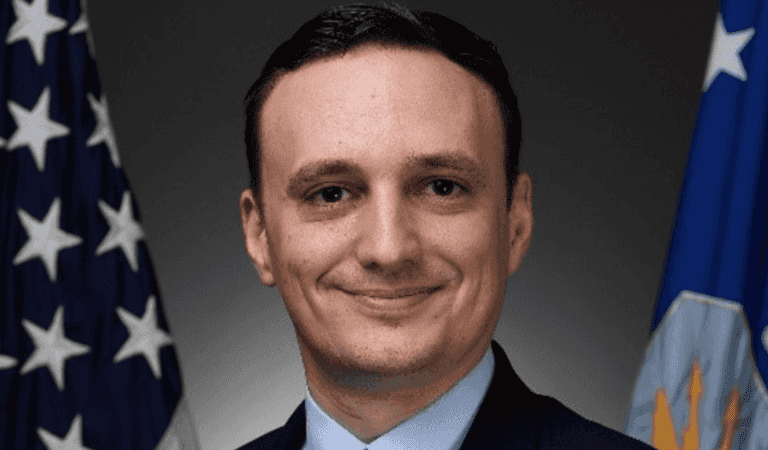 Nicolas Chaillan, the Pentagon’s first chief software officer who resigned in protest of the U.S. military’s IT strategy, said China has already beaten the U.S. in the race for artificial intelligence, while some U.S. government IT systems are still at “kindergarten level.”

“We have no competing fighting chance against China in 15 to 20 years,” Chaillan said in an interview with Financial Times on Sunday. “Right now, it’s already a done deal; it is already over in my opinion.”

Chaillan added, “Whether it takes a war or not is kind of anecdotal.”

Part of the reason Chaillan said the U.S. has lagged so far behind China in terms of AI development is that Google has been reluctant to join the effort and the Department of Defense has seen extensive debates over AI ethics. At the same time, Chinese companies are obliged to assist their government and China has been making a “massive investment” in AI without any of the same concerns about its ethical uses.

Chaillan said cyber defenses in some government departments were at “kindergarten level” and said there is “good reason to be angry.”

Chaillan also said that while the U.S. outspends China three times over, the money procurement costs have been too high, funds have been misspent and bureaucracy and overregulation have further slowed progress. He said the military’s software capabilities are of greater importance than new big-budget weapons programs, like the F-35, but in past remarks he’s said he’s struggled to get funding for the military’s IT needs.

Chaillan’s forecast for the AI race between the U.S. and China echoes the warnings of a March Congressional report, which said “China is already an AI peer, and it is more technically advanced in some applications. Within the next decade, China could surpass the US as the world’s AI superpower.”

With the current trajectory, Chaillan said China is set to become a dominant power on the global stage, controlling media narratives and geopolitics.

Up until the first week of September, Chaillan, 37, had served as the Special Advisor for Cloud Security and Development, Security and Operations (DevSecOps) for the DoD. He had spent the last three years on a Pentagon-wide effort to boost cyber security but resigned in protest of the department’s slow progress on IT issues.

In his resignation, Chaillan said he couldn’t even get $20 million in funding for the Joint All-Domain Command, Control framework (JADC2), a project the DoD has described as a top priority. Chaillan also said the DoD is reliant on “redundant and siloed” IT work performed by each of the DoD services, rather than having a unified IT strategy.