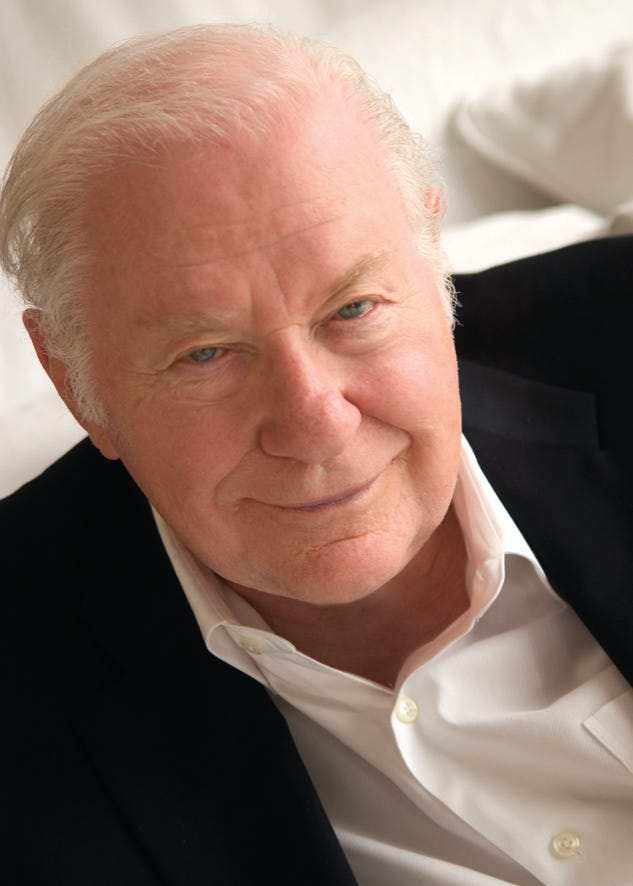 Reuben Klamer, the Canton-born inventor of the popular board game The Game of Life, has died. He was 99.

Klamer was commissioned by the Milton Bradley Co. (now Hasbro) to create the game, which made its debut at the International Toy Fair in 1960.

Considered one of the best-selling games of all time and second in popularity only to Monopoly, The Game of Life was inducted in 2010 into the National Toy Hall of Fame at The Strong Museum in Rochester, New York.

While best known for The Game of Life, Klamer created about 200 other toy products, including the Art Linkletter Hoop, Gaylord the Walking Dog, Dolly Darlings, Moon Rocks, Erector-Constructor Sets and Busy Blocks.

“My life has been one rocky road after the other, and every once in a while I get a hit,” Klamer told the Columbus Dispatch in 2012.

He also worked in television helping to design special effects and prop weapons for “The Man from U.N.C.L.E.” and “Star Trek,” and a “Pink Panther” promotional vehicle.

“With a gift for anticipating and capitalizing on trends, developing consumer ‘must-haves’ across categories and working in a variety of media, Klamer’s products have been marketed by industry leaders in more than 60 countries on six continents,” the New York City-based Toy Association said.

Klamer died Tuesday at his home in La Jolla, California.

Klamer was born in Canton, Ohio

Klamer was born June 20, 1922, in Canton to Romanian-Jewish immigrants, Rachel (Levenson) and Joseph Klamer. He studied at George Washington University and graduated from Ohio State University with a degree in business.

At the onset of World War II, Klamer enrolled in the U.S. Navy Midshipman School at Northwestern University and served in combat as an officer in the U.S. Navy amphibious landing forces in the Pacific. He also completed electives in engineering at the University of Michigan after joining the U.S. Navy V-7 Program.

Following the war, Klamer developed his first major invention, a collapsible rack called the “Fashion-aire Rack” which allowed the air-freighting of garments without folding or packing from New York manufacturers to markets.

He later opened his own advertising agency, the Klamer Company in Los Angeles, where he was a trailblazer in the early days of television promotion.

Klamer’s career in the toy industry began when he joined the Ideal Toy Corp. in 1949 to work in sales. He joined Eldon Industries in 1951 as national sales manager and became closely involved in product development.

As the “hula hoop” craze hit the nation in the late 1950s, Klamer became president of Spin-A-Hoop and teamed up with television personality Art Linkletter to promote the toy. He later formed The Toy Development Center and Children Inc., toy design and marketing firms.

Reuben Klamer & Associates was founded in the 1960s, later renamed Reuben Klamer Toylab. During a brief hiatus in the 1970s, Klamer developed and taught a course in creative technology for the University of Hawaii at his Creative Development Center in Kona.

Earlier this year, Klamer completed his memoir, “Blitz, Sizzle, and Serendipity: My Game of Life.”

Honored for his toy contributions

One of Klamer’s most significant and lasting contributions was pioneering the worldwide use in toys of an unbreakable plastic called polyethylene. He also successfully developed no-glue “snap-together” hobby kits for Eldon Industries, a first in the industry.

Klamer is survived by four of his children: Jeffrey Klamer, Pamela Klamer Singer (Kevin), Andrew Klamer and Jonathan Klamer (Jacqui); three grandchildren; and numerous cousins, nieces and nephews. His eldest son, Joel, died in 2016. He is also mourned by his longtime associate, Beatriz Pardo, as well as longtime staff.

Services will be held on Monday at Hillside Memorial Park in Los Angeles. The family requests that in lieu of flowers donations be made to the Toy Industry Foundation, the Hasbro Children’s Hospital, or a charity of your choice.