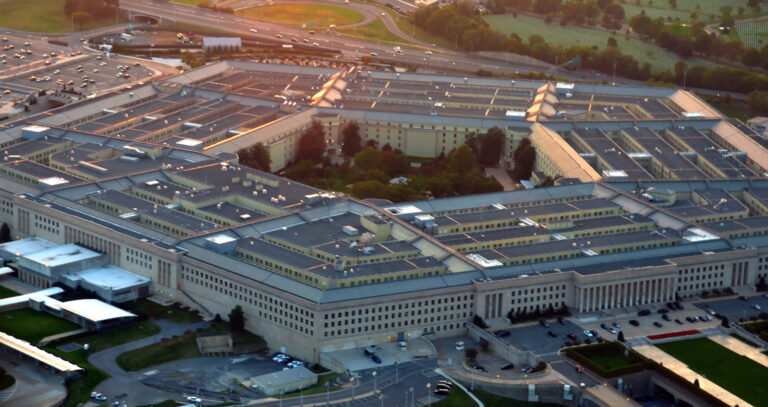 Service members, federal employees, contractors, and others must return to wearing masks indoors on Defense Department facilities in areas of “substantial or high community transmission” of COVID-19, including inside of the Pentagon, the department’s No. 2 leader said in a Wednesday memo.

In the memo, Deputy Defense Secretary Kathleen Hicks said leaders of installations, facilities, and worksites should consult the Centers for Disease Control and Prevention data tracker and definitions to determine whether they are located in such areas.

Hicks wrote that the new masking rules were being issued to follow the new CDC guidance released Tuesday.

The Pentagon also will require all personnel working in or visiting the building to wear a mask effective immediately, according to a new memo obtained by Defense One. In the July 28 memo, the Pentagon’s Director of Administration and Management Michael Donley directs that “service members, federal employees, onsite contractor employees and visitors, regardless of vaccination status, must wear a mask in indoor settings on the Pentagon Reservation.”

The roughly 22,000 personnel who commute to the Pentagon to work come from the District of Columbia and several states in the region such as Virginia, Maryland, Delaware and West Virginia. While the Pentagon’s Arlington County, Va., location is currently identified as only moderate transmission risk, the District of Columbia is currently recording a substantial risk.

As of July 28, the Defense Department said 1.02 million service members have been fully vaccinated, or roughly one-half of all active duty, reserves, and National Guard forces. A total of 373 defense personnel—including 28 service members—have died from COVID-19 since the outbreak began.

On Wednesday, Navy officials announced that two sailors—a 48-year-old medical officer and a 47-year-old reservist—had died during the past week of complications from COVID. Neither were vaccinated, USNI News reported.