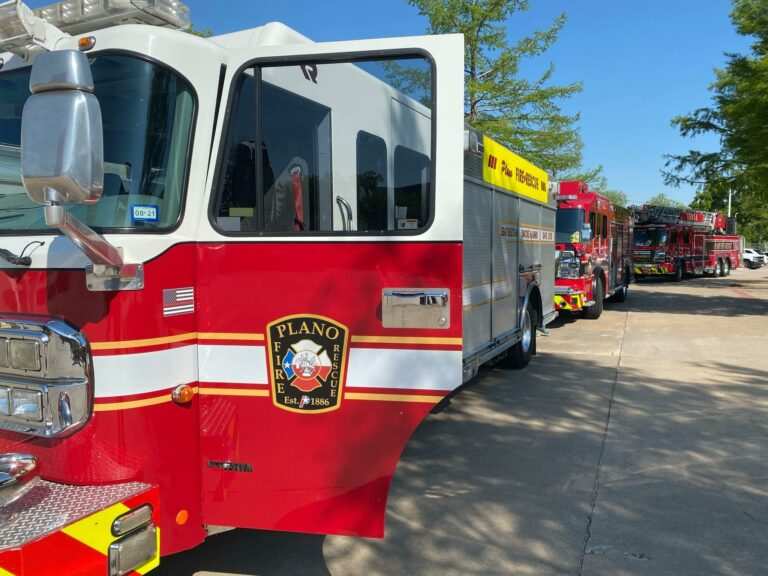 Six people were hospitalized after a home in a Dallas suburb was leveled by an explosion Monday afternoon, fire rescue officials said.

Plano Fire Rescue said on Twitter that an explosion was confirmed at the site, but they did not know the cause. Atmos Energy Corporation, one of the largest natural gas distributors in the nation, was assisting with the investigation.

Fire officials said that of the six people hospitalized, one was extricated from the rubble of the home that exploded and the other five were in a home next door.

Witnesses told local news outlets that they heard a series of booms, which sounded like lightning. Most surrounding homes also sustained damage, and the boom

“All of the sudden I heard what I thought was my sliding glass door breaking,” one neighbor told KTVT. “And I just noticed two picture frames on the wall fall down and the sound and that didn’t match up. When my husband pulled into our garage, the roof in our garage had caved in.”

Fire officials said they were joined at the scene by members of the Federal Bureau of Investigation and the Bureau of Alcohol, Tobacco, Firearms and Explosives, in addition to Plano police, who brought an explosives detecting dog, though the dog did not discover any explosives or hazardous materials and police determined it was not a crime scene.

Gas and electricity was turned off to most of the homes on the street until about 9:30 p.m., when Atmos Energy and Oncor Electric representatives determined it was safe to reinstate gas and power.

“We are saddened by today’s tragedy of a house explosion in our City. Several of our residents were injured,” Plano Mayor John Muns said in a statement, reported KXAS-TV. “We are keeping them and their families close to our hearts and hoping for a swift and full recovery.

Plano Fire-Rescue is working diligently to determine the cause of the blast. We’re asking all of you to keep the victims in your prayers.”

Video footage from the scene shows rubble where the home once was with debris and lumber scattered across the yard and into the street.

There were lightning storms in the area on Monday afternoon.