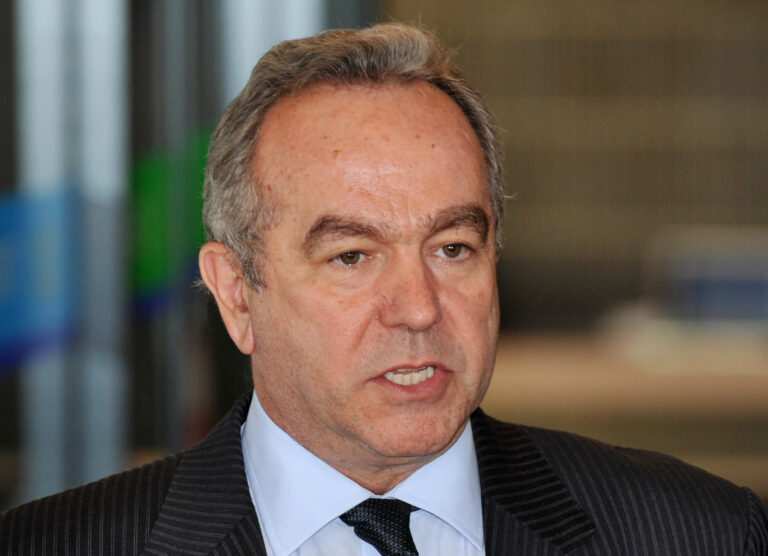 The White House’s top official for Asia said America’s position in the region has “slipped” as an assertive China makes advances across the region.

“I think we recognize that the United States has a lot of work to do,” Kurt Campbell, the U.S. coordinator for Indo-Pacific affairs on the National Security Council, said Tuesday during an event hosted by the Asia Society. “We have historically a strong position in Asia. That position has slipped and we are at risk, and we need to make substantial investments across the board.”

Campbell’s remarks come as the Biden administration reviews its policies toward China and the two nations clash on everything from the South China Sea to technology and human rights. He said American policies in Asia were aimed in large part at dissuading Chinese President Xi Jinping and his advisers from a belief that the U.S. is in a “hurtling” decline.

Some of the U.S.’s ability to compete with China will come from implementing its economic agenda at home and recovering from the coronavirus pandemic, Campbell said. He added that the U.S. would provide more vaccines to the region in the months ahead and continue with “high level” diplomatic engagements.

“We had a terrible first half, and anyone who tells you that we didn’t is just not paying attention,” Campbell said, comparing the U.S. virus response last year to a sports game. “You will see the United States much more actively involved in the second phase, the second half.”

Still, Asian nations also expect greater economic leadership from the U.S. in the region in light of the Trump administration’s decision to withdraw from negotiations for the Trans-Pacific Partnership trade agreement, Campbell said.

“For the United States to be really effective in Asia, we’re going to need to make clear that we have an economic plan, a series of engagements and you will see pieces of that over the course the next little while,” he said. Campbell added that the administration was looking into “what might be possible on the digital front,” without elaborating.

Campbell said that framing competition with China as a Cold War-like situation “obscures more than it illuminates,” and that Beijing’s assertive foreign policy is likely here to stay. Its stance toward countries such as Australia, he said, demonstrates a “harshness of their approach which appears unyielding.”