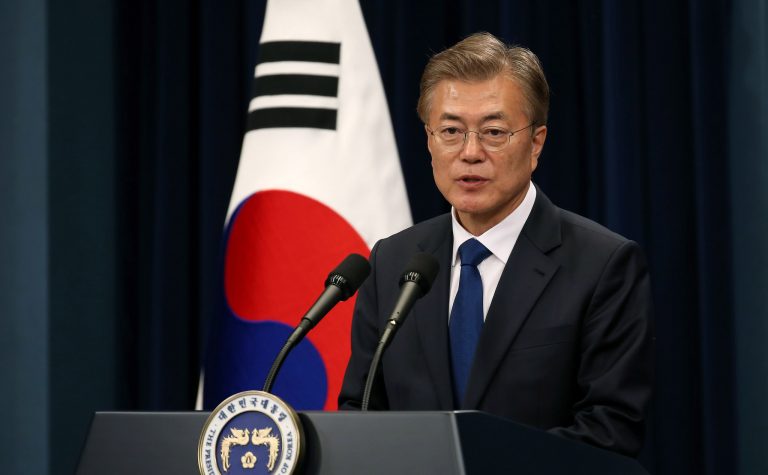 President Moon Jae-in on Monday called for a complete overhaul of military culture amid a public outcry over the suicide of an Air Force noncommissioned officer who was sexually assaulted by her male colleague.

According to presidential spokesperson Park Kyung-mee, Moon ordered the creation of an independent task force with civilian representation to improve the barracks culture overall.

“I cannot tolerate the latest incident that has sparked people’s outrage,” the president was quoted as saying. “In addition to the probe into the issue, a separate task force should be set up to overhaul military culture overall.”

He also urged the National Assembly to pass pending bills on changes to the military court laws that aim to remove a high military court and would allow soldiers to be tried in a civilian appeals court.

“A systemic change should be made not to repeat similar incidents,” he said.

A Cheong Wa Dae official added, “The revision has been delayed as opinions remain divided among political parties. But considering the seriousness of the latest issue, a bipartisan consensus is expected to be reached within this month.”

Moon met with the bereaved family of the sexual abuse victim, surnamed Lee, on Sunday and apologized for failing to protect her. The family called for a thorough investigation into the case, and Moon promised this would be done.

According to a lawyer representing the family, colleagues of the victim had abused her for about a year repeatedly after watching her unable to speak up.

The statement suggested that there could be more abuse involving other members of her unit besides the latest case in March in which Lee was allegedly sexually assaulted by a colleague in a car after a dinner. Three months later, she was found dead at her home inside the base.

Her family also said the authorities in charge of her unit attempted to cover the case up instead of taking action to protect her or launching an immediate investigation.