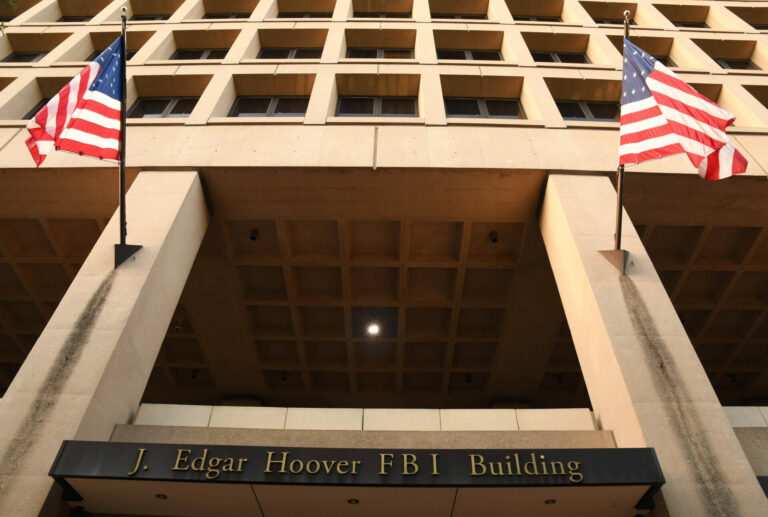 Before he could board a flight to Egypt, where he planned to attend an ISIS training camp in the Sinai desert, a 20-year-old Seattle man was arrested by federal agents at Seattle-Tacoma International Airport on Friday and charged with providing material support to a designated foreign terrorist organization, according to court records.

Elvin Hunter Bgorn Williams, who goes by Hunter, made his first court appearance in U.S. District Court in Seattle on Tuesday, the same day the 36-page complaint against him was unsealed. Williams’ appearance via video before U.S. Magistrate Judge Kate Vaughn lasted less than 10 minutes, and he was ordered to remain in detention at the Federal Detention Center in SeaTac.

Defense attorney Corey Endo, who is representing Williams, said she is working on a release plan for him. Vaughn said the court will revisit the issue of detention once the plan is completed. Williams’ next court appearance was set for June 15.

According to Assistant U.S. Attorney Todd Greenberg, Williams faces a maximum penalty of 20 years in prison, a $250,000 fine, and supervised release for a period up to life.

In October 2004, the U.S. Secretary of State designated al-Qaida in Iraq (AQI) a foreign terrorist organization and nearly a decade later, the designation was amended to include the group’s aliases, including the Islamic State of Iraq and al-Sham (ISIS), the complaint filed against Williams says.

The complaint says Williams is a self-radicalized adherent of ISIS who pledged an oath of “bayat,” or allegiance, to the current leader of ISIS in November and told his family, friends and others of his plans “to travel overseas, join ISIS, and wage jihad on behalf of ISIS.”

Five people referred to in the complaint as “confidential human sources” worked with the FBI to obtain evidence against Williams. One of them, who traded online messages with Williams, began working with the FBI last year in exchange for a possible sentence reduction on state criminal charges and received some monetary compensation. Information provided by that person has been consistently reliable and helped thwart two planned terrorist attacks, says the complaint against Williams, though it doesn’t provide details on where those attacks were to take place.

Two other confidential sources posed as ISIS recruiters and communicated with Williams over an encrypted messaging app, the complaint says, which includes screen shots of some of their texts.

Williams, a U.S. citizen, first came to the FBI’s attention when he was a 17-year-old high-school student in Santa Rosa, California, according to the complaint. School administrators contacted the FBI after Williams told people at school that he wanted to join ISIS and that the May 2017 terrorist attack at a concert in Manchester, England, was justified because the performer dressed provocatively.

Although the performer isn’t named in the complaint, ISIS claimed responsibility for a suicide bombing that killed 22 people at an Ariana Grande concert in the north England city that year.

In a 2017 interview, Williams’ mother told the FBI that her son wanted to move to Syria or Iraq to fight for ISIS and that she had cut internet service to her residence because Williams was using the internet to access ISIS-related websites and social media accounts, the complaint says.

The complaint doesn’t say what happened as a result of the 2017 investigation, nor does it indicate when or why Williams moved to Seattle.

In November, a concerned citizen contacted the FBI on behalf of a Seattle-area mosque, whose members had looked after Williams for more than a year as an act of charity, encouraging him to de-radicalize and providing him with a place to live, food and tuition for a semester at college, according to the complaint. The members of the mosque also gave him a cellphone and laptop to aid Williams with his job search.

After Williams was seen watching ISIS videos on the cellphone, mosque members asked for its return and found numerous violent videos filmed by ISIS extremists, ISIS military propaganda and a how-to video on manufacturing explosives, the complaint says. The mosque stopped supporting Williams.

Williams’ mother told FBI agents in November that members of the mosque had also contacted her because they worried Williams would become “a terrorist and do an attack one day,” the complaint says.

In December, the FBI interviewed one of Williams’ former roommates, who described Williams as “radical,” according to the complaint. When he was shown a photo of Williams, the man turned to his current roommates and said, “Yeah, the terrorist I was talking about. You guys thought I was joking,” says the complaint.

In March, Williams went to a post office in Des Moines and applied for a passport, and unbeknownst to him, it was paid for with funds provided to a confidential source by the FBI, the complaint says. Williams pawned a laptop computer in Federal Way and later got a job at a food processing plant to fund his travels to the Middle East, according to the complaint.

His passport arrived on May 6 and that same day, Williams got a single-shot dose of the COVID-19 vaccine in anticipation of his trip to Egypt. He purchased supplies, including camouflage clothing, and used a friend’s credit card to purchase a $980 plane ticket from Seattle to Cairo, via Amsterdam and Paris, the complaint says.

“I am getting [a] passport to leave this disgusting land,” Williams wrote in one message to the fake recruiters, according to the complaint. After purchasing his plane ticket, he wrote, “I finally don’t have to act socially acceptable.”

In his messages with the supposed ISIS recruiters included in the complaint, Williams expressed excitement about joining ISIS, participating in terror attacks and executions and becoming a martyr upon his death. He also told friends that he thought the FBI was watching him and he was concerned he would be “taken away” at the airport, the complaint says.

Williams checked in for his flight to Cairo on Friday and was arrested around 1 p.m. after he presented his boarding pass at the gate and attempted to board the plane, the complaint says.

In an interview with agents, Williams said he was obligated to travel to a country that practices Sharia law and his expected role was as an ISIS executioner or machine-gunner, according to the complaint.

“Williams also said his only message to the U.S. government was: ‘Go to hell,’” the complaint says.