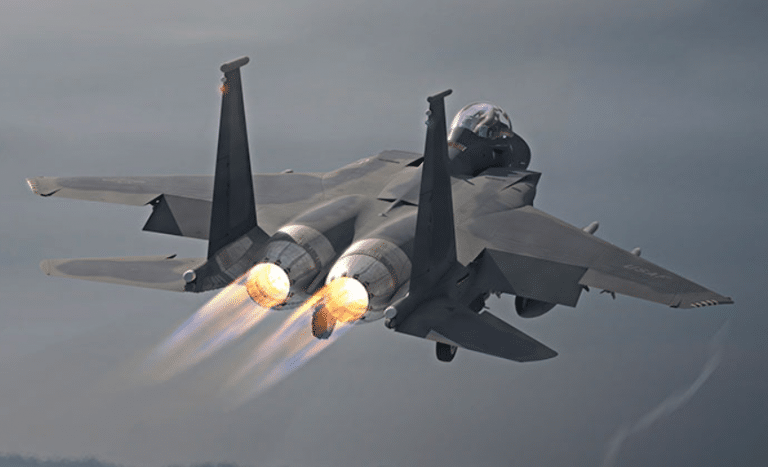 Wright-Patterson Air Force Base personnel and area contractors have been part of the team overseeing and developing the new jet, which celebrated its first flight last month above St. Louis Lambert International Airport. AFLCMC is based at Wright-Patterson.

The new fighter is a two-seat aircraft (which can be flown by a single pilot) with fly-by-wire flight controls, digital cockpit displays, and advanced avionics, the center said in a release.

“This is a big moment for the Air Force,” said Col. Sean Dorey, F-15EX program manager with AFLCMC’s Fighters and Advanced Aircraft Directorate. “With its large weapons capacity, digital backbone, and open architecture, the F-15EX will be a key element of our tactical fighter fleet and complement fifth-generation assets.”

The fighter is capable of carrying hypersonic weapons, Dorey noted.

The Air Force plans to acquire 144 F-15EXs from Boeing, to replace F-15C/D models and refresh the F-15 fleet, the Air Force release said.

The process to acquire the F-15EX aircraft started in February 2019, when Gen. David Goldfein, then chief of staff of the Air Force, signed a document to address readiness issues with an aging F-15 fleet.

From there, the directorate’s F-15 program office developed the acquisition strategy, awarded the contract and worked with Boeing to produce and test the aircraft in what the Air Force said was record time.

“It has taken a team effort to get to this point,” Dorey said the AFLMC announcement.

“I commend the dedicated efforts of the entire team for bringing this platform online in record time and in the middle of a global pandemic,” said Gen. Arnold W. Bunch Jr., commander of Air Force Materiel Command, which is also based at Wright-Patterson.

Following its acceptance, the new aircraft will be flown to Eglin Air Force Base, in Florida, for testing. A second F-15EX will be delivered to Eglin by the end of April 2021.

The other six Lot 1 aircraft will be delivered to Eglin in fiscal year 2023 and will undergo operational testing.

The 142nd Wing at Portland will be the first operational unit to fly the aircraft.