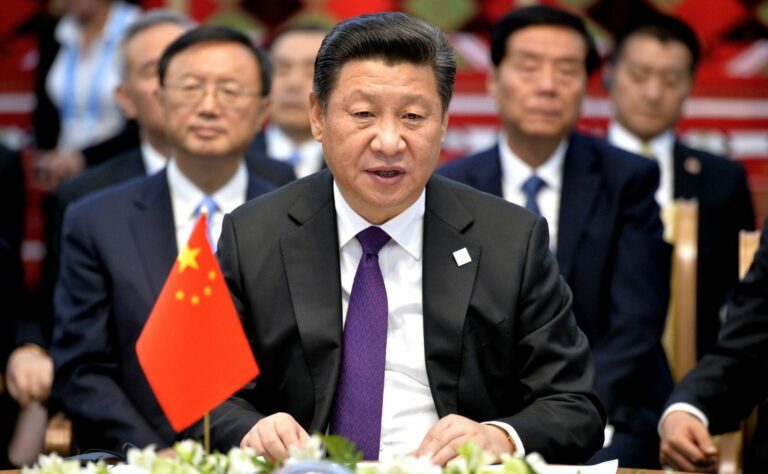 A major investment pact between China and the European Union, which wrapped up negotiations on the deal this week, has sparked concerns that it will give the Chinese Communist Party (CCP) a free pass on human rights and labor standards, while locking the E.U. into allowing market access to Chinese companies.

The Comprehensive Agreement on Investments (CAI) sets out a number of commitments on paper that might lead to positive change if interpreted by a non-authoritarian regime with no track record of mass incarceration or forced labor.

But there are concerns that the CCP is highly unlikely to implement them in the way that they would be understood in a liberal democracy, especially given its track record of using propaganda and careful orchestration of workers and detainees during inspection tours of contested facilities.

Andreas Fulda, lecturer in the School of Politics and International Relations at Nottingham University, said there are no guarantees or mechanisms to ensure that China keeps up its end of the bargain.

“[The CAI] does not provide any ironclad guarantee to improve labor standards in China, for example by allowing the existence of independent labor unions,” Fulda told RFA.

Instead, the E.U. has handed a massive political victory to CCP general secretary Xi Jinping, at a time of strained ties with Washington, he said.

“For the E.U. and Communist Party-led China to conclude in principle negotiations on an investment agreement is a major win for General Secretary Xi Jinping,” Fulda said. “It is a dark day for anyone who strives for a value-led European common foreign and security policy.”

“And let us not forget that we now have highly credible reports that Uyghurs in so-called re-education camps are subject to forced labor,” he said. “For the European Commission, this doesn’t seem to matter: it’s all business as usual.”

Fulda said neither E.U. negotiator Ursula von der Leyen nor German Chancellor Angela Merkel seem to care that further economic entanglement between the E.U. and China only plays into the hands of the Chinese Communist Party.

He said the CCP has already proven itself more than capable of using economic ties to put political pressure on foreign governments.

“Just think of the economic sanctions in response to the Australian government’s demands for an independent inquiry into the origins of the outbreak of Covid-19 in Wuhan,” Fulda said.

The pact has sparked concern in Washington, where the transition team of U.S. President-elect Joe Biden has called for a “coordinated approach” with the E.U. when dealing with China.

“The Biden-Harris administration looks forward to consulting with the E.U. on a coordinated approach to China’s unfair economic practices and other important challenges,” a transition team official said in a background statement.

But the official said further comment on the CAI would be inappropriate before Biden and Vice President-elect Kamala Harris take office on Jan. 20.

In the Trump administration, outgoing deputy national security adviser Matthew Pottinger also cited the CCP’s mass incarceration of at least 1.5 million Uyghurs and other Turkic minorities in camps in the northwestern region of Xinjiang.

“We can no longer kid ourselves that Beijing is on the verge of honouring labor rights, while it continues to build millions of square feet of factories for forced labor in Xinjiang,” Pottinger was quoted as saying by the Inter-Parliamentary Alliance on China.

He wrote on the IPAC Twitter account that the CAI had left bipartisan politicians and U.S. officials “perplexed and stunned.”

Thorsten Benner, co-founder and director of the Global Public Policy Institute (GPPi) in Berlin, said the timing was no accident, coming as it did on the eve of a new administration in Washington.

“In recent weeks, there was top level intervention from the Chinese leadership to make … some concessions that Europe had sought in order to advance the deal and make it attractive for European leaders such as Angela Merkel,” Benner told RFA.

“The goal of Beijing with this is very clear,” he said. “This is a direct reaction to the election of Biden and it’s an intervention to prevent a united front of Europe and Washington vis a vis China.”

“This is a perfect tool [with which] to drive a wedge between Europe and an administration in the U.S.,” Benner said.

“I don’t think these promises are worth the paper they’re written on,” Benner said. “As we’ve seen with Beijing’s action[s] in Hong Kong, where it kind of just tore up the agreements on Hong Kong’s status … and act[ed] differently regardless of [its] international commitments.”

“Our allies and partners increasingly agree that the obvious approach when dealing with Beijing is distrust and verify,” Ullyot told RFA.

“Any commitment from [Beijing] that is not accompanied by strong enforcement and verification mechanisms is merely a propaganda win for the CCP,” he said.

Zhang Lun, professor of Chinese Studies at the University of Cergy-Pontoise (Paris-Seine), said any concessions Beijing did make would be an entirely acceptable cost for the benefits conferred by the CAI deal.

“China has not accepted it in the past, but now it can,” Zhang said. “A major reason for that is that the international situation is not looking good for China.”

But he said the E.U. was likely also “trying to find an independent way to safeguard its own interests.”

“Beijing must have made some important concessions, but Merkel is also going all out for a deal, and Germany is definitely its biggest promoter,” he said.

Final drafting of the deal has yet to take place, and the deal will need to pass a vote in the European Parliament before it can be signed by E.U. and Chinese leaders.

Bilateral trade volume between Europe and China topped U.S.$516.8 billion in the first nine months of this year.