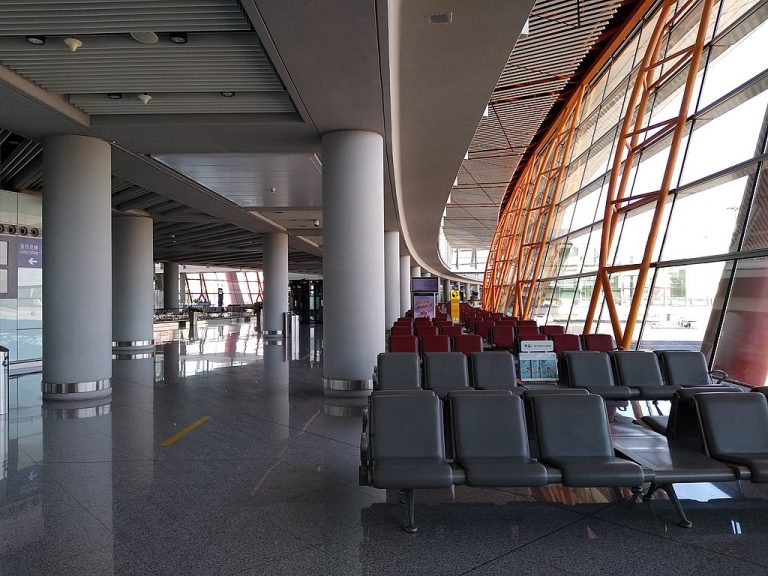 Authorities in the Chinese capital on Tuesday imposed travel restrictions on people considered high-risk amid a fresh outbreak of coronavirus cases centered on a now-shuttered wholesale produce market.

The Beijing municipal government raised its COVID-19 emergency response level to II from III, suspended plans to reopen some primary schools and reversed the relaxation of some social isolation measures, state media reported.

Meanwhile, the Beijing city government banned ride-hailing services, taxis, and some long-distance bus routes, as close contacts of confirmed cases were barred from leaving the city. Anyone leaving the city will be required to hold a recent negative nucleic acid test for the coronavirus that causes COVID-19.

Some 90,000 people in two neighborhoods in the city of 20 million have also been placed under lockdown.

“The areas where new coronavirus cases have been found are now under tight security, and they are starting to lock them down,” Fengtai district resident Li Qiang told RFA on Tuesday.

“But there aren’t any obvious measures in place elsewhere [in the city],” he said. “They are asking for ID to get in or out of some of the residential compounds; you can’t get in without it.”

The city’s health commission confirmed 27 new cases in Beijing, bringing the total number of new cases since Friday to 106.

Authorities are continuing to test anyone believed to have visited the now-shuttered Xinfadi wholesale goods market, as well as any of their contacts during the past two weeks.

But residents said they were skeptical about the government’s reporting of the true extent of the outbreak.

“It’s pretty serious in Fengtai and Daxing districts,” a Beijing resident surnamed Tang said. “Xinfadi has been sealed off by armed police. They haven’t finished testing everyone yet.”

Residential communities near the market, in Beijing’s Fengtai district, have been placed under lockdown, along with the area around a second market, where three cases were confirmed.

Passenger numbers on buses, trains, and subways are also being restricted, and passengers required to wear face-masks.

The new outbreak comes after the authorities went for 50 days without reporting a single case of coronavirus, and after the ruling Chinese Communist Party declared “victory” over the coronavirus.

Shanghai also issued a requirement for travelers from Beijing to be quarantined for 14 days on arrival in the city.

The novel coronavirus has killed at least 438,000 people and infected more than 8 million since it first emerged in China last December, according to data compiled by Johns Hopkins University.