Trio of fires burn more than 8,500 acres on Camp Pendleton 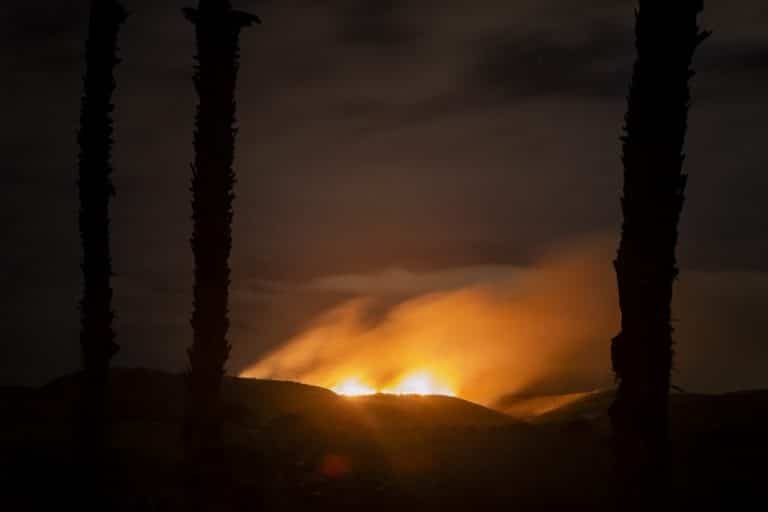 Firefighters on Wednesday were battling three brush fires on Camp Pendleton, including one that had burned about 7,000 acres of land in remote training areas, Marine Corps officials said.

A second fire had burned another 1,100 acres, while a third had charred 500 acres, according to information provided by Camp Pendleton firefighters on Twitter. The two larger fires were both 20 percent contained as of Wednesday afternoon.

Base officials said all three fires remained in training areas and posed no threat to people or structures on base or in surrounding communities, but would continue to produce smoke throughout the day Wednesday.

Camp Pendleton officials first reported the largest fire just before 5:30 a.m. Tuesday, tweeting that firefighters were monitoring a fire in the Zulu area, but that the fire did not pose danger on base or off.

Current impact/training area fires continue to pose no threat to personnel or structures on or off base. Today there are mop up and containment line operations with fire crews continuing to monitor and engage hot spots. Smoke will continue to be visible. pic.twitter.com/TXHaxe5Q8f

All fires remain in impact/training areas & will produce smoke the rest of the day w/ CPFD & partner agencies engaging. No threats on/off base pic.twitter.com/QJmlOCwq6t

“The cause of the fire was due to active Marine training over the weekend,” Crook said. “At this time there are no structures threatened.”