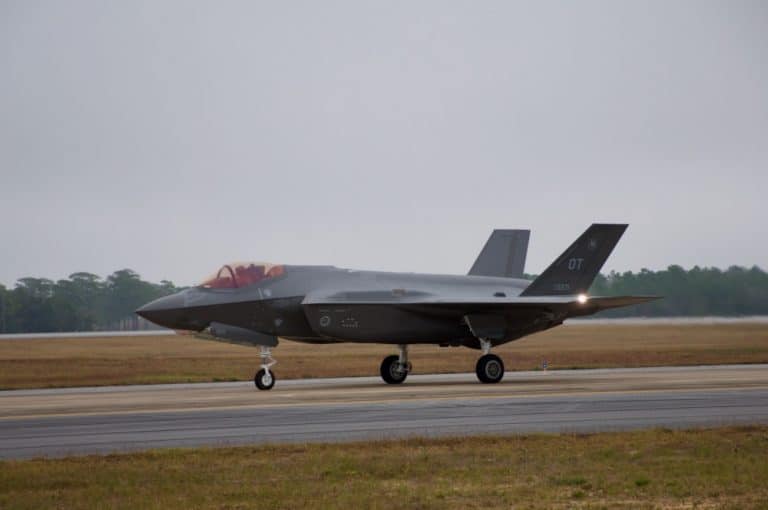 The jet, assigned to the 58th Fighter Squadron with the 33rd Fighter Wing, crashed at 9:30 p.m. during “a routine night training sortie,” the fighter wing said in a statement.

The pilot was able to eject, and was transported to the 96th Medical Group hospital on base. The pilot’s identity was not revealed, but they are reported to be in stable condition.

The accident is currently under investigation.

Four days earlier on Friday, an F-22 Raptor fight jet crashed near Eglin after performing a training flight, according to a statement from the base.

The crash occurred at 9:15 a.m. CST in Okaloosa County approximately 12 miles northeast of the base. Personnel from the 96th Test Wing responded immediately to the scene.

The pilot was able to eject, and was transported to the 96th Medical Group hospital on base.

The pilot, who was not identified, is reported in stable condition, but no further details are known at this time.

The jet was part of the base’s 43rd Fighter Squadron, with the 325th Fighter Wing.

The crash took place after F-15 and F-16 fighter jets performed a flyover to honor healthcare workers on the front lines of the coronavirus pandemic, though the F-22 was not a part of the flyover team. It was part of the 33rd Fighter Wing’s training flight.

No other jets or personnel were involved in the crash.