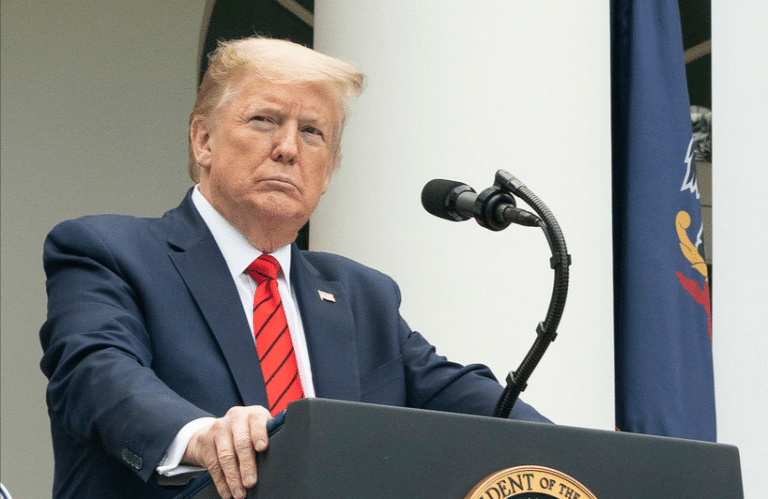 President Donald Trump told reporters at a Monday afternoon press conference that he is taking the drug hydroxychloroquine – and has for several weeks.

“A lot of good things have come out about hydroxychloroquine,” Trump said. “You’d be surprised at how many people are taking it, especially the frontline workers, before you catch it. … many, many are taking it. I happen to be taking it.”

“I’m taking it – hydroxychloroquine. Right now. A couple of weeks ago I started taking it,” Trump added.

“I think it’s good, I’ve heard a lot of good stories. If it’s not good, I’ll tell you right now I’m not going to get hurt by it,” Trump continued. “It’s been around for 40 years for malaria, for lupus, for other things. I take it, frontline workers take it, a lot of doctors take it. I hope to not be able to take it soon because I hope they come up with some answer, but I think people should be allowed to.”

Trump said the decision to begin hydroxychloroquine treatment came as the result of a discussion with his White House doctor.

Trump explained he received a letter recently from a doctor in New York who told Trump he has been prescribing hydroxychloroquine, azithromycin and zinc as a combined treatment for coronavirus. “Out of … more than 300 patients, I haven’t lost one,” Trump said the doctor told him, adding a plea to continue advocating for the treatment.

“I want the people of this nation to feel good. I don’t want them feeling sick,” Trump said when explaining his support of the medication.