Trump vetoes bill to restrict his powers to act against Iran 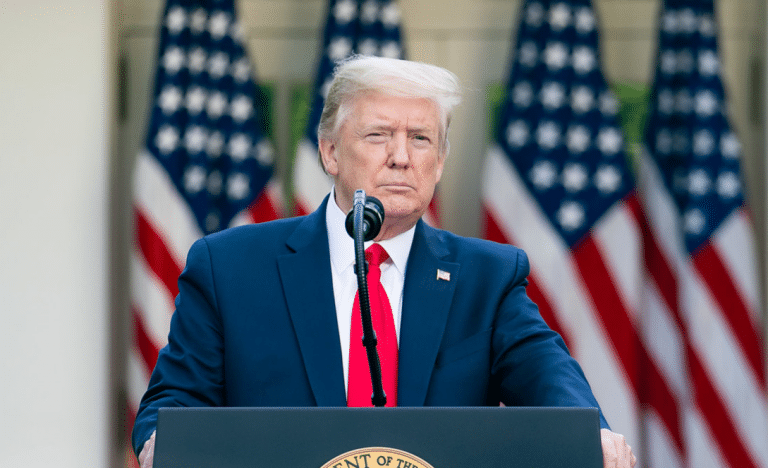 On Wednesday, President Donald Trump vetoed legislation Congress had passed to limit his power to wage war against Iran.

“This was a very insulting resolution, introduced by Democrats as part of a strategy to win an election on November 3 by dividing the Republican Party,” Trump said in a statement released by the White House. “The few Republicans who voted for it played right into their hands.”

“Congress should not have passed this resolution,” Trump declared.

The legislation first came a week after Trump ordered airstrikes that killed a top Iranian general, Qassem Soleimani, and critics of Trump decried his action as provoking a war with Iran. It was sent to Trump’s desk on Tuesday, nearly two months after it was passed by both chambers of Congress.

“The strike against Soleimani was fully authorized by law, including by the Authorization for Use of Military Force Against Iraq Resolution of 2002 and Article II of the Constitution,” Trump said in his statement.

“We live in a hostile world of evolving threats, and the Constitution recognizes that the President must be able to anticipate our adversaries’ next moves and take swift and decisive action in response.  That’s what I did!” Trump added.

The House of Representatives had passed the legislation with a 227-186 vote on March 11. Six Republicans joined the Democrats in the majority vote.

Sen. Tim Kaine had introduced the legislation in the Senate on January 9. The Senate passed it with a 55-45 vote on February 13.

The legislation was expected to be vetoed, and Trump vowed as much when he said “Iran would have a field day” if his powers to act were restricted by the legislation.

The White House also urged lawmakers to vote against the bill, citing Iran’s “long history of attacking United States and coalition forces both directly and through its proxies.”

On the same day of the House vote, an Iran-backed militia group launched a rocket attack on an Iraqi military base housing U.S. and Coalition forces. The attack killed two Americans and one British service member, in addition to wounding several others.