US calls out intimidation as China pressures Malaysian drillship

|  Blog  |  US calls out intimidation as China pressures Malaysian drillship 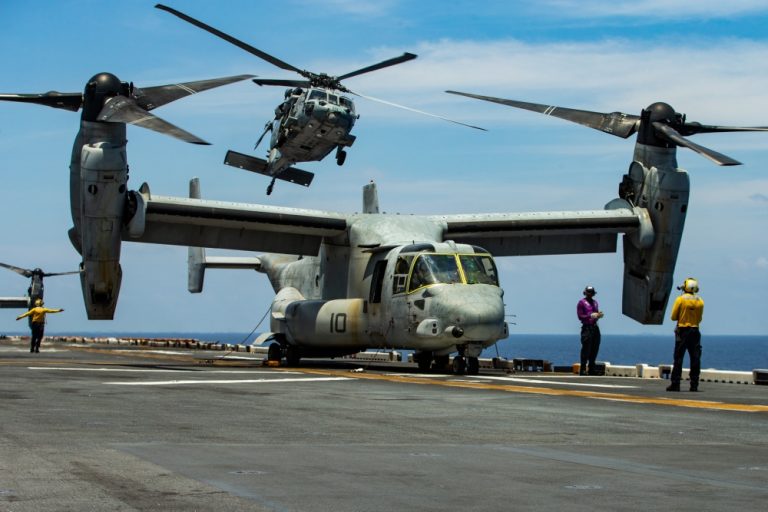 The top U.S. diplomat has accused China of deploying an energy survey ship to contested waters off Malaysia to intimidate other South China Sea claimants from developing hydrocarbon resources in the region’s resource-rich waters.

Malaysia’s foreign minister, meanwhile, called for disputes in the South China Sea to be resolved peacefully, and came under pressure from his predecessor to take firmer action against China.

China’s survey ship, the Hai Yang Di Zhi 8, which arrived off the Malaysian coast with an escort of China Coast Guard ships a week ago, continued to operate within Malaysia’s exclusive economic zone on Thursday, according to vessel-tracking software. It is near the West Capella, a drillship contracted by Malaysian state petroleum company, Petronas.

The U.S. statement, issued late Wednesday in Washington by Secretary of State Mike Pompeo, followed a conference call with Southeast Asian counterparts to discuss the response to COVID-19. Pompeo reiterated the U.S. position that China is taking advantage of the pandemic to press its claims in the South China Sea and engage in “provocative behavior.”

“The PRC (People’s Republic of China) has dispatched a flotilla that included an energy survey vessel for the sole purpose of intimidating other claimants from engaging in offshore hydrocarbon development,” Pompeo’s statement said, referring to the Hai Yang Di Zhi 8.

“The U.S. strongly opposes China’s bullying and we hope other nations will hold them to account, too,” Pompeo said.

His remarks follow maneuvers by U.S. warships in the area this week as Southeast Asian nations face pressure from China in the region’s disputed waters. The U.S. Indo-Pacific Command said the presence of the USS America and USS Bunker Hill showed the U.S. “supports the efforts of our allies and partners to determine their own economic interests.”

Pompeo also cited the sinking of a Vietnamese fishing vessel and the establishment of new research stations and administrative districts on islands and reefs as evidence that China is exploiting the distraction caused by COVID-19 in its neighborhood.

Geng Shuang, spokesman for China’s Ministry of Foreign Affairs, shot back at these accusations on Thursday during a press conference in Beijing.  He asserted China’s sovereignty over islands and reefs in the South China Sea and adjacent waters.

“We are committed to resolving differences with parties directly concerned through dialogue and consultation,” he said. “Some people in the US want to replace facts with rumors and lies and sow discords among neighbors. Such attempts will not succeed.”

Australia’s Foreign Minister Marisa Payne also expressed concern over China’s actions. Her remarks followed the deployment of an Australian frigate that joined the U.S. warships for a joint exercise in the South China Sea this week.

“It is vital at this time that all parties refrain from destabilizing activities and work to ease tensions so the international community can devote full attention to responding cooperatively to the COVID-19 pandemic,” Payne was quoted as saying Wednesday by the Sydney Morning Herald.

While the current area of tension is located within Malaysian waters, Malaysia itself had stayed mostly silent, until Thursday’s statement by Foreign Minister Hishammuddin Hussein.

He said that issues in the region should be solved peacefully based on the United Nations Convention on the Law of the Sea. He said that Malaysia remains steadfast in its commitment to safeguarding its interests and rights in the South China Sea, but added:  “We must avoid unintended, accidental incidents in these waters.”

U.S. maritime expert Greg Poling said that Malaysia is in an untenable position and is likely to halt its exploration.

“If anybody is unclear about when Hai Yang Di Zhi 8 is going to leave Malaysia waters, they are going to leave when the West Capella leaves, and not before, and that is going to be a waiting game that I suspect Malaysia can’t win,” Poling told Malaysian journalists on Thursday. He is director of the Asia Maritime Transparency Initiative at the Center for Strategic and International Studies, a Washington-based think tank.

Former Malaysian foreign minister, Anifah Aman, called for Malaysia to adopt a “consistent and principled stance” and take “appropriate action in relation to surveillance activities being carried out by Chinese vessels in Malaysian maritime areas.”

“Smaller Malaysian Maritime Enforcement Agency and Royal Malaysian Navy vessels may not be able to stop the Chinese ships, but at least we can express our resolve to not let Chinese ships do as they like in Malaysian maritime space,” Anifah said in an open letter. He served as Malaysia’s top diplomat between 2009-2018.

It wasn’t clear if the current foreign minister’s comments Thursday were prompted by Anifah’s letter, but Hishammuddin pushed back against suggestions that the government wasn’t doing anything.

“We have open and continuous communication with all relevant parties, including the People’s Republic of China and the United States of America,” Hishammuddin’s statement said.

Beijing claims most of the South China Sea, including areas that reach the shores of its smaller neighbors. Brunei, Malaysia, the Philippines, Vietnam and Taiwan also have overlapping claims in the sea region.

Malaysia, Vietnam and the Philippines have directly disputed China’s expansive claims in diplomatic notes in recent weeks. On Wednesday, the Philippines filed two diplomatic protests against Beijing, saying it violated international law through recent actions in the South China Sea.

Philippine Foreign Secretary Teodoro Locsin, Jr., called Thursday fopr all countries in the region to focus on the COVID-19 crisis and its potential aftermath. The World Bank released a report earlier this month on the dire outlook of Southeast Asia’s economic recovery out of the crisis.

“In Asia, that recovery hinges on China’s recovery from the ravages of the pandemic; but it can never be at the price of our honor and sovereignty,” Locsin said.