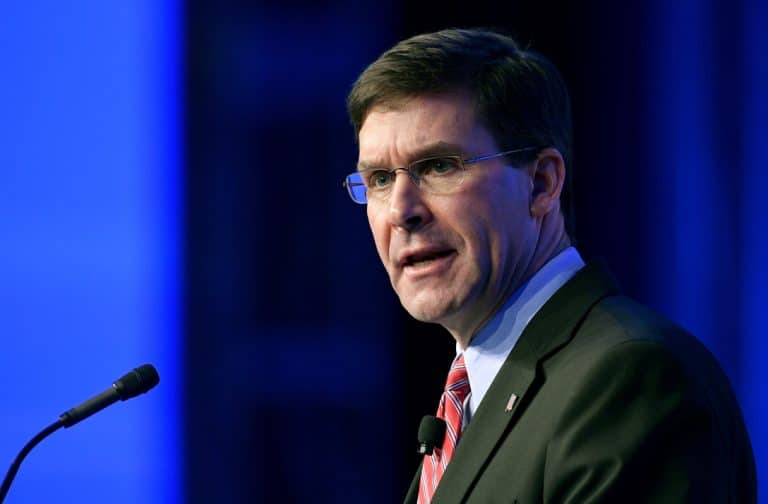 Capt. Brett Crozier of the USS Theodore Roosevelt was controversially fired earlier this month after a warning to his superiors about the spread of coronavirus on his vessel leaked to the public. But on Thursday, Secretary of Defense Mark Esper left open the possibility that Crozier could be reinstated.

“I directed that investigation a couple weeks ago, it concluded late last week, it is now with the Navy. It will come to me at some point in time. As I am in the chain of command I can’t comment on it further, but I’ve got to keep an open mind with regard to everything,” Esper said in an interview during NBC’s ‘Today’ on Thursday.

Esper’s opinion on the matter is critical because the man who relieved Crozier of his duties, acting Navy Secretary Thomas Modly, resigned in the aftermath of the controversy. Modly said that Crozier was guilty of a “betrayal of trust,” because he sent what Modly called a “non-secure unclassified email” to a “broad array of people” in an effort to receive assistance on his ship amid an outbreak of coronavirus.

One sailor on the Theodore Roosevelt has since died from coronavirus.

Along with Esper, Chief of Naval Operations Admiral Michael Gilday has also refused to rule out Crozier’s reinstatement as he examines the case.

“I am taking no options off the table as I review that investigation,” Gilday told reporters last week. “I think that that’s my responsibility to approach it in a way with due diligence to make sure it’s completely fair and unbiased as I can possibly make it.”