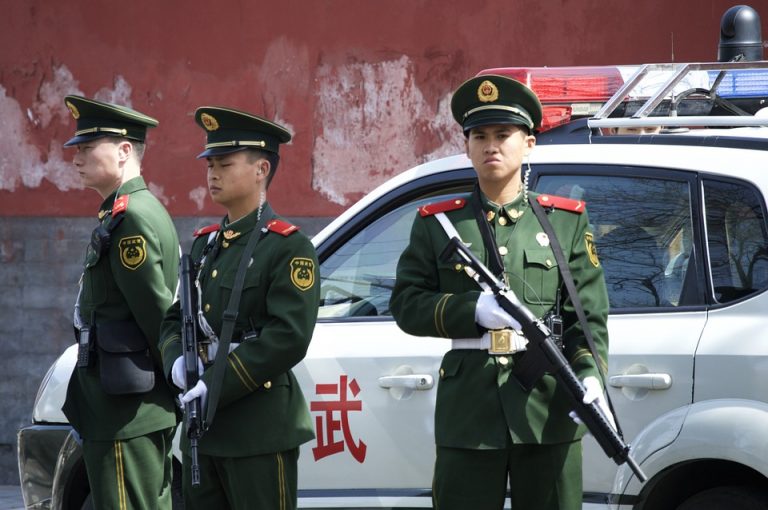 Police in the southwestern Chinese province of Sichuan detained at least eight people in an Easter Sunday raid on the homes of Early Rain Covenant Church members, RFA has learned.

Police raided an online meeting of the church in a simultaneous operation targeting church deacons, ministers, volunteers and regular members in their homes Sichuan’s provincial capital Chengdu on Sunday.

A church member surnamed Zhang said the group was in the midst of an online service of worship when the raid happened.

“We haven’t met in person since the raid of Dec. 9, 2018, and also because of the epidemic,” Zhang told RFA. “We have been holding our services online.”

“The brothers and sisters of our church were taken away from their homes,” she said. “Several people I knew were taken to the police station, where they took statements from them, then released.”

“[Police] told them not to meet in the name of the Early Rain Covenant Church, nor should they take part in their bible study program or other activities,” she said.

The church had been holding an online meeting to avoid gathering in public because of the coronavirus pandemic, a church member surnamed Song said.

“Everyone was meeting using computer equipment from their homes,” Song said. “The two people I know about were taken away at around eight or nine in the morning of Easter Sunday.”

“One of them was a pastor, and the other was a deputy deacon,” he said.

Song said that while some people were taken to the police station for questioning and released, others remain under investigation.

“It seems that the police knew about this meeting from very early on,” Song said. “They have been following church members for about a week now.”

Christians across China have been taking to online video conferencing apps to continue meeting amid the coronavirus epidemic.

A Protestant church member surnamed Li in the southern province of Guangdong said the authorities sometimes succeed in blocking such gatherings.

“Most people are now gathering online,” Li said. “There’s not much official interference in these online gatherings because of the epidemic.”

“But some live webcasts have been taken offline, or the [meeting code] gets blocked,” he said.

On Dec. 30, 2019, the Chengdu Intermediate People’s Court jailed Early Rain pastor Wang Yi for nine years, after finding him guilty of “incitement to subvert state power” and of “running an illegal business” in a secret trial.

Wang, who founded the church, was detained by police in Sichuan’s provincial capital Chengdu on Dec. 14, 2018, alongside dozens of church members in a raid that prompted an international outcry.

Some Early Rain Covenant Church members who were detained in raids on Dec. 9 and 10, 2018, and later released said the police had beaten them, and one detainee described being tied to a chair and deprived of water and food for 24 hours, rights groups reported at the time.

According to the New York-based Human Rights Watch (HRW), the authorities also ransacked and sealed Early Rain Covenant Church’s properties, including offices, a kindergarten, a seminary, and a Bible college, and searched the homes of many of its members.

The ruling Chinese Communist Party, which embraces atheism, exercises tight controls over any form of religious practice among its citizens.

China is home to an estimated 68 million Protestants, of whom 23 million worship in state-affiliated churches, and some nine million Catholics, 5.7 million of whom are in state-sponsored organizations.

The administration of President Xi Jinping regards Christianity as a dangerous foreign import, with officials warning last year against the “infiltration of Western hostile forces” in the form of religion.