Veterans assure Americans that life will go on despite coronavirus 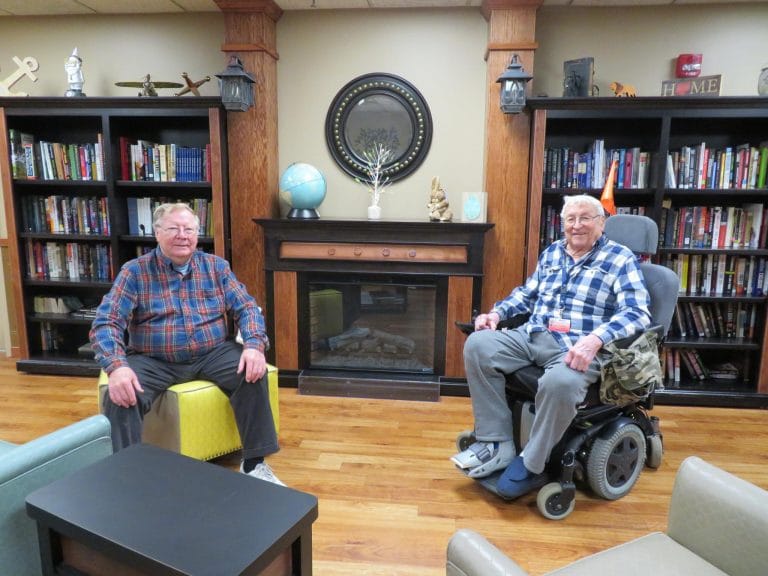 The Japanese fighter plane dropped from the sky and smashed into the USS Kalinin Bay aircraft carrier while Frank Czerwony worked below deck to help keep the warship moving.

Then came a second attack, causing more fire and chaos.

Czerwony wasn’t sure he and the other sailors were going survive the Battle off Samar on October 25, 1944 during World War II.

But in the end it was a defining victory for the U.S. Navy.

And for Czerwony, now 97, the memory serves as a reminder for the world that it can prevail against any enemy, even an infectious disease that has killed more than 10,000 in the United States and halted modern life for most.

“We have survived tough times before, if we stick together we can beat this disease too,” said Czerwony, a Cleveland native and resident at the Ohio Veterans Home in Sandusky. “I worry about our children and grandchildren with all this (division) in our country. There will be better days ahead if we come together.”

Czerwony and the other 427 veterans are adapting to their new life at the home under restrictions caused by the virus.

They can’t have visits from their children, grandchildren or anybody else.

They can’t gather together for meals.

They can’t play cards, sing in the choir or participate in many other activities they are used to doing together.

But Czerwony and his friend Ed Perrone, 78, a Vietnam veteran, credit the staff at the veterans’ home for helping make their day better and their spirits lifted.

“I have it easy in this big nice home for us,” Czerwony said. “It’s a lot tougher out there right now.”

They say they are more worried about how people outside the home than the veterans they live with inside.

“I know this has been hard on many people, but we have made it through times of uncertainty and hardship many times in our country,” said Perrone, a native of Edison, NJ who served as a food inspector in the Army. “This is going to pass and I believe the best of times are still to come.”