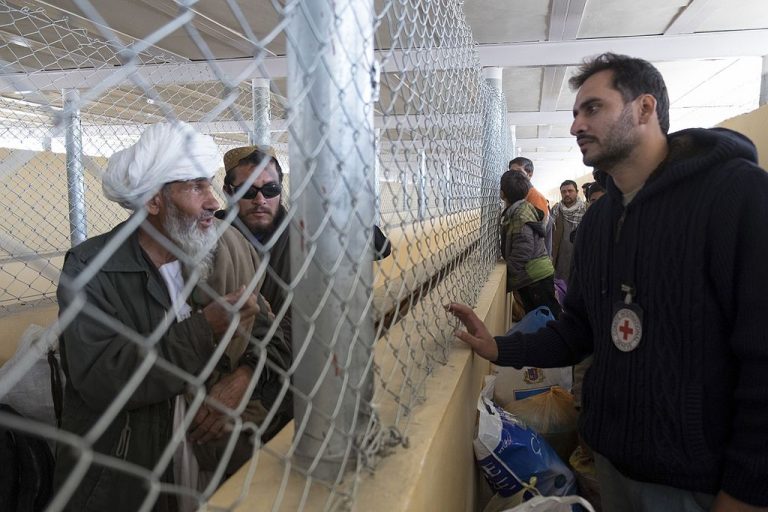 The Taliban has broken off talks with the Afghan government on a prisoner exchange, a main step in peace talks being brokered by the United States.

Suhail Shaheen, a spokesman for the Taliban’s political office in Qatar, tweeted on April 7 that a technical team would not participate in “fruitless meetings.”

Shaheen blamed the administration of Afghan President Ashraf Ghani for delaying the prisoner release “under one pretext or another.”

Javid Faisal, a spokesman for the Afghan National Security Council in Kabul, called on the Taliban not to “sabotage the process by making excuses.”

The two sides had been holding talks in Kabul since last week to try to finalize the prisoner swap originally set to happen by March 10.

Afghan government officials have said the Taliban was demanding the release of senior commanders involved in some of the most violent attacks in recent years.

The suspension of the talks could lead to an escalation of violence, which in turn could threaten the plan to withdraw U.S. troops under a pact signed by the United States and the Taliban in the Qatari capital, Doha, on February 29.

Ghani’s adviser Waheed Omar said Kabul considers the release of the prisoners to be part of wider negotiations.

The government would not agree to release Taliban prisoners “until the Taliban take a step forward,” Omar told reporters.

Afghan government officials have said the Taliban were demanding the release of senior commanders involved in some of the most violent attacks in recent years.

The Doha deal calls for the Afghan government to release 5,000 Taliban fighters as a confidence-building measure ahead of formal peace talks aimed at ending the 18-year conflict.

The Taliban has vowed to release some 1,000 Afghan government troops and civilian workers it is holding.

The U.S.-led international forces are to withdraw in exchange for Taliban security guarantees, but peace hinges on talks between the Afghan government and the militants.

On April 5, the Taliban claimed they had reduced their attacks compared with last year and warned that continued violations of the terms of the Doha deal by the United States and the Afghan government would create “an atmosphere of mistrust” that would “damage the agreements” and “increase the level of fighting.”

A U.S. military spokesman rejected the militants’ accusations as “baseless.”

The peace talks have also been jeopardized by political infighting in Afghanistan, between Ghani and his opponent, Abdullah Abdullah.

Last week, after Ghani announced his 21-member team to negotiate peace with the Taliban, Abdullah rejected it as not inclusive enough.

In Washington, U.S. Secretary of State Mike Pompeo said that the U.S. administration hoped that Ghani and Abdullah would work out their differences.