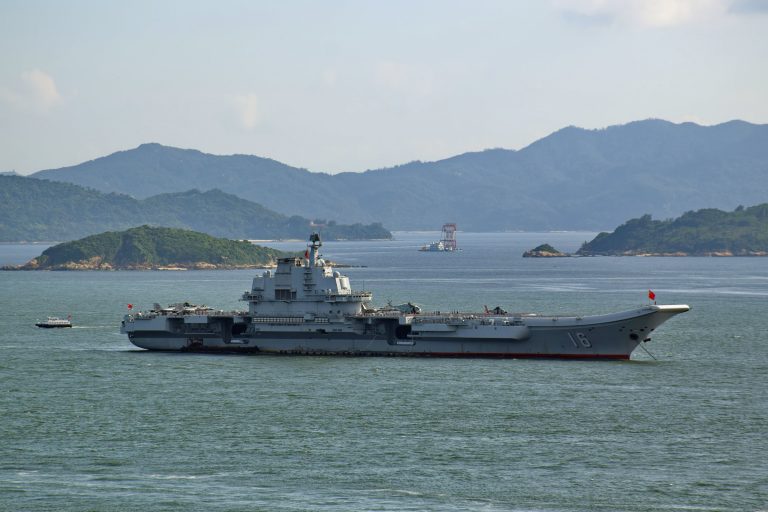 China is taking advantage of the coronavirus pandemic by ramping up military drills and exercises in an attempt to take control of the South China Sea.

China’s People’s Liberation Army (PLA) is flexing its naval powers by conducting exercises with the country’s first home-made aircraft carrier, the Liaoning, in disputed waters as its neighbors are in lockdown to limit the spread of the coronavirus, also known as COVID-19, Asia Times reported.

“Under difficult sea conditions in the early spring in the Bohai Strait, multiple J-15 fighter jets took off from the flight deck of the Liaoning and successfully landed several hours later, indicating the success of the technique rehabilitation training for instructors at Naval Aviation University,” the PLA Daily announced on March 23. “Training for war preparedness will not be stopped even in the middle of the COVID-19 epidemic, and the training of carrier-based fighter pilots must continue.”

On top of that, China is on its way to monopolize untapped oil and gas deposits within what’s referred to as the “nine-dash” line claim, which covers almost 85 percent of the South China Sea and overlaps with waters off of Indonesia’s northern Natuna Islands.

China claims it has contained the spread of the coronavirus, but experts in the United States and abroad believe the nation is dishonest about the number of people infected with the deadly virus and the number of deaths it has caused. The coronavirus was first detected in the city of Wuhan, China. The country did take drastic measures right away to limit the spread, including forcing entire cities to go on complete lockdown, but it was able to spread to other parts of the world, infecting more than one million people as of Thursday.

A U.S. intelligence official told Bloomberg News that China went as far as faking its numbers. Official reports show the number of infected has staggered around 80,000 in the past few weeks, while everywhere else the rate of transmission has caused the number of infected to skyrocket. China is promoting its official numbers as a victory for how it dealt with the virus.

Now China is capitalizing on the coronavirus with the expanded military drills and moving the Liaoning to disputed waters while rival countries have to deal with the deadly virus. The country is also attempting to take control of the narrative about the virus’s origin, promoting a conspiracy theory that U.S. forces created the virus and planted it in Wuhan.

In order to take control of the narrative surrounding the coronavirus within its own borders, the Communist-controlled country has jailed people for blowing the whistle on the coronavirus outbreak before it was global problem.

Recently, a Chinese doctor, Ai Fen, went missing after saying her boss tried to silence her early warnings about COVID-19. Ai’s whereabouts are currently unknown, raising fears that she has silently been detained by Chinese authorities.

Ai is the head of the emergency department and pointed out that colleagues had been ill at the Wuhan hospital. Reportedly eight of them had also been reprimanded for it.

“Just two weeks ago the head of Emergency at Wuhan Central hospital went public, saying authorities had stopped her and her colleagues from warning the world,” 60 Minutes Australia tweeted. “She has now disappeared, her whereabouts unknown.”

Ren Zhiqiang, an outspoken critic of the Chinese government who was given the nickname “The Cannon,” also went missing after he called Xi a power-hungry “clown” for his handling of the coronavirus, American Military News reported.