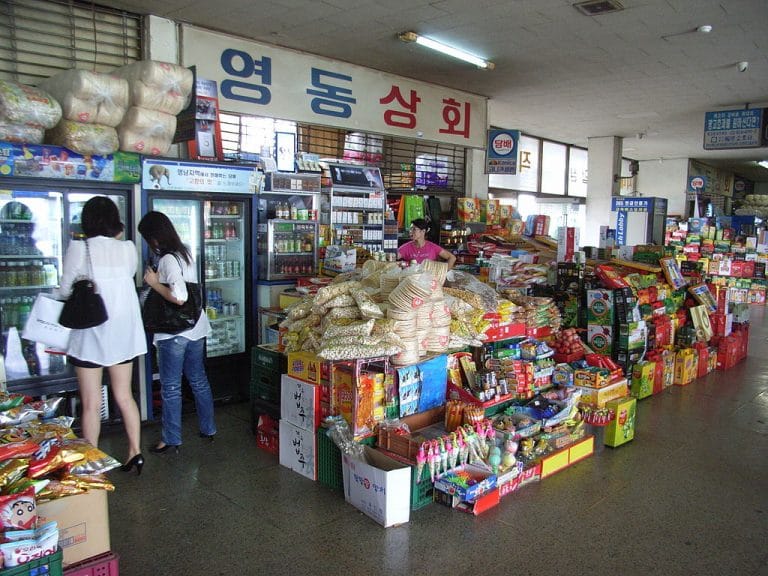 Authorities in North Korea are taking action against wholesalers for hoarding food and price gouging amid rising food prices as the coronavirus epidemic bears down on the reclusive country, local sources told RFA.

With food security and malnutrition already a serious problem under normal conditions in North Korea, the government appears to be showing no tolerance for those who would use the crisis as an opportunity to boost prices.

Police details are searching houses for hidden stores of food, then punishing the hoarders if they find it.

“Last week, the local police randomly searched the houses of wholesalers who sell rice and corn to market merchants here in Pyongwon county,” a resident of South Pyongan province told RFA on Monday.

“In houses where they found more than a ton of grain, they seized it all. They even searched inside the kimchi pots half-buried in the ground,” the source said.

The source said that all the wholesalers who were exposed by the police were arrested.

“They were taken to the local police station for the ‘crime’ of hoarding food while the country is in chaos due to the epidemic,” the source said.

“The police put them in a military labor camp the next day without any additional investigations,” the source added.

According to the source, the operation was a message to other rice traders that may be hoarding or price gouging as borders shut down and movement of people becomes even more restricted.

“The merchants that they imprisoned for hoarding will be punished for three months in the labor camp,” said the source.

Another source, a resident of Ryanggang province’s Hyesan city, told RFA Tuesday that similar operations were occurring in that region near the border with China.

“Here in Hyesan, the provincial People’s Council and local law enforcement agencies had already been cracking down on vendors who bought more than 100 kilograms (220 pounds) of grain,” the second source said.

“[The police] interrogated them, asking why they bought such large amounts of grain so suddenly, then forced them not to raise prices,” the second source added.

“But even so, the public continued seeing price increases, so [the police] arrested 10 rice dealers in mid-March for hoarding and sent them to the labor camp,” said the second source.

According to the second source, the authorities have incorporated their actions against hoarders and price gougers into daily propaganda.

“They drive around the streets with their speaker cars blaring every morning that we need to eliminate the capitalist idea of buying out commodities like rice and oil to create a shortage, then selling everything at a higher price,” the second source said.

“But people can’t stand those propaganda mobiles and their noisy loudspeakers are driving us crazy.”

The second source said the measures seemed to be working, as rice prices did not rise unreasonably at the market in Hyesan.

“But there is not enough soybean oil, so people are hoarding that now. People are now overly anxious, saying they don’t know how they can survive another month of [this].”

Pyongyang has not yet reported a single confirmed case of coronavirus in the country, but has taken extensive measures to stop the spread of the virus, including the quarantine of entire counties near the Chinese boarder and the cancellation of important national celebrations. Experts believe it is very unlikely that COVID-19 has yet to enter North Korea.