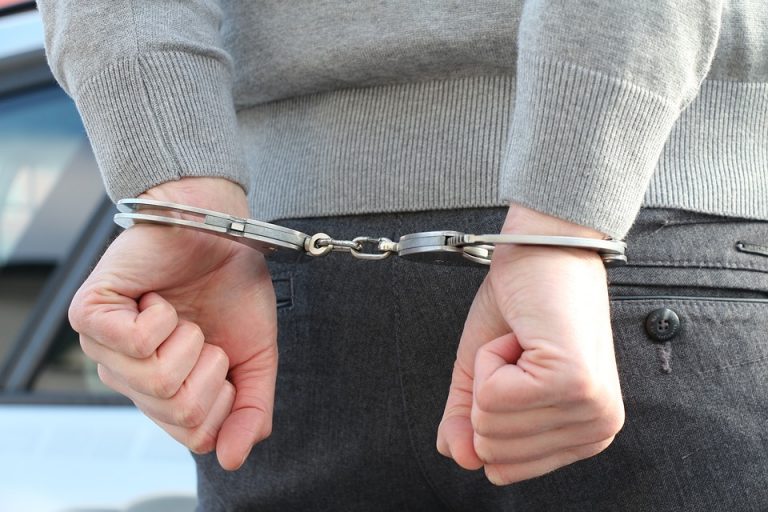 A decorated Navy veteran and vice president of a cybersecurity firm was arrested last week on charges that he distributed child pornography in an online chat group, according to court charging documents.

Gary Edward Davis, 47, was identified as the owner of a username “Taboo_Tendency,” an account that was involved in Kik messenger chatrooms in January where images and videos depicting child pornography were being freely distributed between members, according to the documents. Davis’ account distributed several video files that were seen by a sheriff’s deputy posing as a group member while monitoring the group as part of an investigation in Winnebago County in Wisconsin, the court documents state.

Davis was identified by name after information gathered in the investigation was forwarded to the FBI in Milwaukee later that month and a subpoena was sent to Kik messenger for information on several usernames, including Davis’, the documents state.

The investigation ultimately led to a federal search warrant being served Friday on Davis’ home in the 10900 block of Lace Leaf Lane, where Davis eventually admitted being the owner of the username, according to court documents.

Davis, who is vice president of a cybersecurity company that consults with the government, also told an FBI agent and Frederick County sheriff’s deputies that he had used a tablet device to engage in the chatrooms, but said he had stopped using the device and had since smashed it into pieces and disposed on it in the trash, the documents state.

At a bail review hearing Monday in Frederick County District Court, James N. Papirmeister, a private attorney hired to represent Davis, focused on Davis’ military service and lack of prior criminal offenses while downplaying his client’s admissions to law enforcement, suggesting that he may challenge how the statements were obtained.

“I know the court is concerned, [but] … I am suggesting that the court place Mr. Davis on electronic home monitoring,” Papirmeister told Judge Dino E. Flores, adding that further restrictions like prohibiting Davis from having contact with any minors and ordering him to begin treatment at a special treatment facility would help ensure public safety and prevent Davis from reoffending.

While the judge agreed that Davis’ military service and record was beyond reproach, he nonetheless declined to grant Davis bail, saying that the “hideous” videos described in the charging documents and the fact that Davis was actively distributing them reinforced Flores’ decision.

“This is beyond mere possession of these awful, awful images,” Flores said.