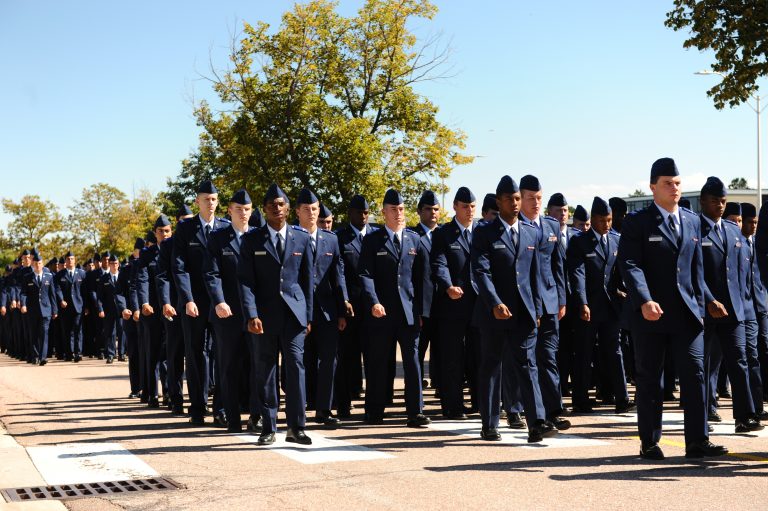 The Air Force Academy is letting a significant portion of its students go home early after the deadly coronavirus, also called COVID-19, became a world-wide pandemic, the academy announced Friday.

“Due to the rapid spread of COVID-19, and with multiple members of our base populace being monitored, we have made the conservative decision to begin an orderly dismissal of a large segment of our Cadet population,” the Air Force Academy wrote in its statement.

The Air Force Academy said it wanted to “maximize the chances” of it senior students graduating on time for the Air and Space Forces, “while ensuring the best possible care for the entire base populace.” Civilian employees are also encouraged to telework, if eligible.

The statement noted that they did not make the decision lightly and they consulted with their medical professionals, sister service academies and local civic leaders.

The academy added that it was unable to enact the social distancing policy the Pentagon enacted of keeping individuals six-feet away and limiting the number of people in rooms.

“Ultimately, the deciding factor was recommendations from our public health officials and the inability to execute social distancing over 4,000 cadets here on campus,” the statement concluded.

The Pentagon implemented the social distancing policy on Monday.

There are at least 72 cases of coronavirus, also known as the Wuhan coronavirus, in Colorado, where the Air Force Academy is based, according to Business Insider. Three of those cases are reportedly in critical condition. As of Friday afternoon, there are at least 1,875 cases of coronavirus in the United States and at least 41 people have died in the United States from the virus, according to the New York Times.

Globally, there are at least 132,758 confirmed cases of coronavirus and 4955 reported deaths as of Friday, according to the Centers for Disease Control and Prevention (CDC). On Wednesday, the World Health Organization (WHO) classified the outbreak as an epidemic.

“It is just a matter of time before we have our first fatality here in Colorado,” Colorado Governor Jared Polis said.

Other U.S. military academies have taken measures to limit the spread of coronavirus. At West Point, cadets’ return to campus was delayed until March 29 and the grounds are closed to visitors.

New military recruits are undergoing an extra screening process, as well, such as having their temperatures taken before basic training. They will also be asked if they’re experiencing flu-like symptoms.

President Donald Trump has also declared a national emergency on Friday in response to the epidemic, giving the administration the ability to funnel extra resources to combat the virus.

“Our overriding goal is to stop the spread of the virus,” Trump said. “This will pass … and we’ll be even stronger for it.”