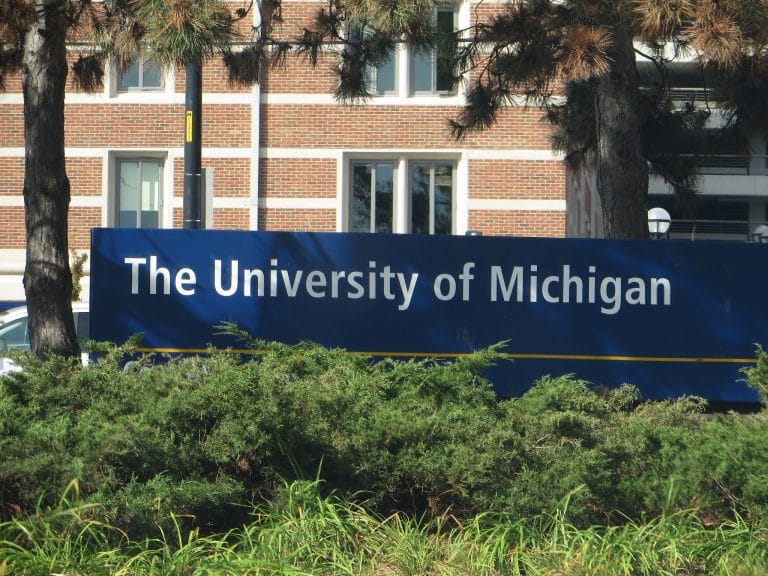 Former University of Michigan doctor Robert Anderson was willing to write letters certifying students were gay in order to keep them out of the Vietnam War draft, but only after they performed sexual acts, multiple men told the Detroit Free Press.

Anderson was widely known in the U-M gay community for the letters, but students passed word to each other that getting the letters meant enduring “personal contact,” three former students told the Free Press. Each reached out to the Free Press independently of each other and told similar stories about their encounters with Anderson.

None of the students are known to have reported Anderson to university officials, believing that he had helped them stay out of the war, which might have saved their lives.

Anderson, who worked at U-M from 1968-2003 and died in 2008, is now being investigated by the University of Michigan after numerous allegations of sexual assault and misconduct were raised. More than 70 people have called a hotline seeking information on Anderson. That hotline number is 866-990-0111.

In the summer of 1969, Ed Glazier had just graduated from Michigan State University, but hadn’t started graduate studies at the University of Michigan.

Glazier, who was gay, realized he had an ace. He could get certified as being a homosexual and not have to fight.

“I certainly did not think being gay was a reason not to be in the Army, but as long as the Army did, that was good enough for me,” Glazier, 72, told the Free Press from his home in Redwood City, California.

As he checked around with friends, he realized a doctor from U-M’s student health services was willing to certify people as gay — Dr. Anderson.

There was a drawback, his friends told Glazier. Anderson would give the letter, but the student would likely have to endure “personal contact” from Anderson, Glazier told the Free Press.

Arriving at Anderson’s clinic in the summer months, he sat in a small office with the doctor. As they began to make their way into an exam room just off the office, Glazier told Anderson he was gay. Anderson then launched into a lecture on the seven danger signs of venereal disease. Anderson was known in the gay community for the lecture.

Entering the exam room, Anderson told Glazier that perhaps it would be better if he showed him how to check for venereal disease rather than telling him.

“I expected I was going to have to” strip down, Glazier said.

Instead, Anderson took down his pants, lay down on the examination table and began manipulating himself.

“I was taken aback. I was instantly nauseated and hyperventilated,” Glazier said. “He instantly stopped. He pulled up his pants and went back into his office.”

Glazier got his letter, and brought it with him to the draft board’s physical.

“When it came time to present the letters, I first presented the letter (about) chronic sinusitis,” Glazier said. “The doctor’s reply was ‘So?’ So I gave him Dr. Anderson’s letter, which got me my 4F classification.”

He said friends of his had to go beyond just watching Anderson.

“They told me that when he was manipulating himself, he would say, ‘If you don’t see anything, you could put your mouth on it.’ It was clear what they had to do.”

Two other male students during the same time as Glazier reached out to the Free Press independent of each other and told similar stories. They said Anderson was known as be willing to certify someone as being gay in exchange for sexual acts or watching sexual acts. One of the men said Anderson fondled himself and them during the exam. Another man, who said he is heterosexual, was told he would have to perform a sex act with a male friend in front of Anderson, which he refused to do.

The men didn’t want to be identified because they’ve never gone public about Anderson’s sexual misconduct with them and didn’t want to now. The Free Press generally doesn’t name sexual assault survivors unless they wish to be named.

Neither Glazier nor his friends ever reported Anderson, “because, although his behavior was unethical, he helped them fulfill their aim of 4F status, so we all kept quiet, figuring that the contact and our silence was a price we were willing to pay to avoid military service,” Glazier said.

They also wondered about who else had similar experiences with Anderson.

“We knew that Dr. Anderson was the doctor for U-M athletic teams and wondered among ourselves if he had engaged in similar behavior with student athletes.”

A former U-M wrestler named Tad Deluca said he raised concerns about Anderson in 1975. Deluca went to Anderson for a shoulder that was giving him problems and received unnecessary rectal and testicular exams.

On Thursday, after the Deluca news conference, U-M issued a statement once again apologizing for Anderson’s behavior.

“As U-M President Mark Schlissel has said, we are deeply sorry for the harm caused by Anderson,” the statement said.

“The university engaged a firm with deep expertise to conduct an independent, thorough, and unflinching review of the facts — wherever they may lead. Through the work of this independent firm, there will be a full public accounting of the harms caused by Anderson as well as the institutional failings that allowed him to keep practicing.

“And we want those who come forward to get the counseling the may need. To facilitate that, the university is offering counseling services to anyone affected by Anderson. The university is in the midst of engaging a national counseling firm to coordinate this care with local counselors in communities where these individuals now live.”

Dr. James Barahal, who himself is a longtime physician, told the Associated Press in a telephone interview that Anderson gave him a digital rectal exam when the then-medical student visited the student health center in 1975 complaining of a sore throat.

“I remember leaving, and I can still picture the health center and walking through the waiting room, getting out on the street and it was like, ‘What was that?’ I knew it was completely inappropriate,” Barahal said.

The 67-year-old who lives in Kailua, Hawaii, has headed up the Honolulu Marathon for more than 30 years and has been inducted into the Hawaii Sports Hall of Fame.