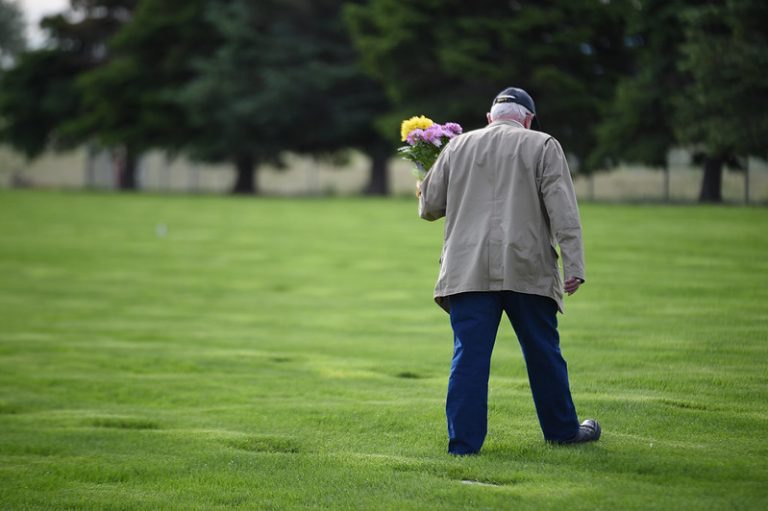 A 101-year-old Marine veteran of World War II who passed away without any nearby known family will be buried at the Oregon Trail State Veterans Cemetery in Wyoming on Friday.

The Wyoming Patriot Guard has asked the public to attend the funeral of Remigio “Ray” Barela, who joined the U.S. Marine Corps and served from 1942 to 1946. The funeral will be held at 10 a.m. on Friday, K2 Radio reported. The Oregon Trail State Veterans Cemetery is located at 80 Veterans Rd, Evansville, Wyo.

“I’m trying to get the public interested, and getting a bunch of them to come out since he has no family,” said Mike Byers, the leader of the Wyoming Patriot Guard.

“I would really just like to see a big turnout to send him off,” Byers told K2 Radio. “It’s the least we can do for any veteran, let alone a World War II veteran.”

Not much is known about Barela’s service, but Byers noted that the large majority of Marines fought in the Pacific theater during World War II.

Randy Knudson, a longtime friend of Barela, said he was born in Colorado and that Barela’s family later moved to California. Barela reportedly joined the Marines sometime after the Japanese attack on Pearl Harbor on Dec. 7, 1941.

“I’ve been his only friend, really,” Knudson said of Barela.

Barela returned to California after the war, and according to Knudson, took on jobs as a vegetable farmer, sheepherder, and a mechanic before he moved to Wyoming in 1990 and retired around age 85.