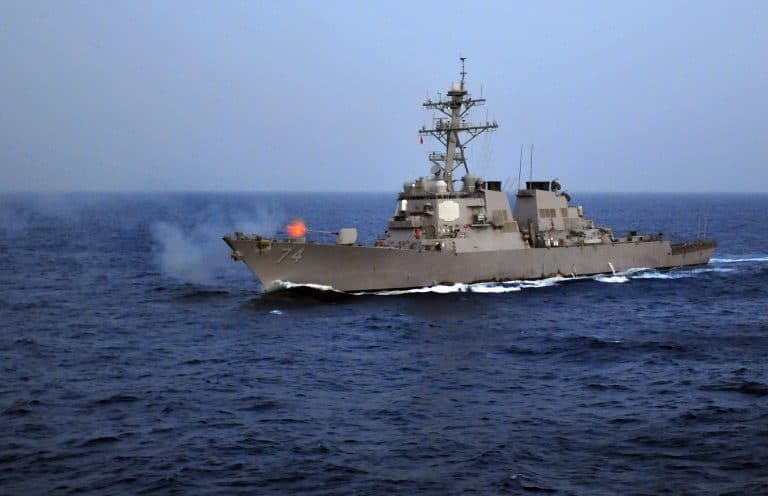 The USS McFaul must like to party: The destroyer that’ll visit Mobile for Mardi Gras previously docked in Alabama’s Port City during BayFest back in 2010.

That music festival is no more, but the McFaul, a destroyer launched at Ingalls Shipbuilding in Pascagoula in 1997, has stayed busy, according to an official log of its activities. It’s due to dock just north of the Arthur R. Outlaw Mobile Convention Center at about 11 a.m. Friday, Feb. 21.

The U.S. Coast Guard cutter Gannet will begin its own Mardi Gras visit on Monday, Feb. 24, docking at the GulfQuest Maritime Museum.

Both ships will be open to tours during their visits. The following information was provided Wednesday by the Alabama State Port Authority and the Navy League of the United States:

The gate entrance is located on the north side of the Mobile Convention Center on Water Street.

The public is welcome, but all visitors are required to wear closed toe/heel shoes and carry valid identification. All guests will undergo security screening prior to entry to the facility.

The public is welcome, but all visitors are required to wear closed toe/heel shoes and carry valid identification.

It is longstanding tradition for Navy ships to visit Mobile during Mardi Gras, with uniformed sailors joining the civilian crowds at parades and other festivities. Speaking at the Mobile City Council meeting on Tuesday, Mayor Sandy Stimpson said Mobile has a reputation for offering a warm welcome.

“Almost 100% of the time the sailors that are here for Mardi Gras are blown away by the reception they receive from all Mobilians,” Stimpson said. “And I would just like to encourage all of us to put our hand out and our best foot forward in welcoming them here and thanking them for their service.”

According to the Navy, the McFaul was named for U.S. Navy SEAL Chief Petty Officer Donald L. McFaul, who gave his life for his comrades and was posthumously awarded the Navy Cross for service with Seal Team Four during Operation Just Cause in Panama, which drove dictator Manuel Noriega from power.

“While under heavy small-arms fire, Chief McFaul left the relative safety of his position with a single focus of assisting his wounded comrades. While carrying a seriously wounded platoon member to safety, Chief McFaul was mortally wounded by enemy fire at Paitilla Airfield, on Dec. 20, 1989. His heroic actions and courage under fire saved American lives and were an inspiration for other acts of heroism as the assault force prevailed in this decisive battle.”