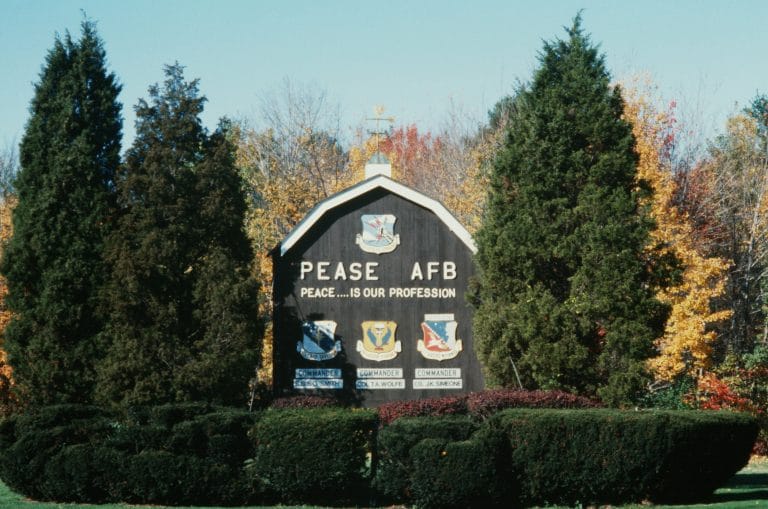 The Air Force expects it will take about a year to complete what is being called the Pease Military Cancer Mortality Study.

The study, as its name indicates, will “look at cancer deaths at Pease Air Force Base and Air National Guard Base service members from 1970 to the end of 2018,” according to Col. Theresa Goodman, the commander of the U.S. Air Force School of Aerospace Medicine.

The USAFSAM will conduct the study.

The Air Force agreed to launch the study after a number of Pease widows and others raised concerns about what they believe is an unusually high number of cancers and other illnesses at the 157th Air Refueling Wing of the Air National Guard and the former Pease Air Force Base.

Goodman told a group of retirees, their family members and active duty airmen during a recent meeting that “you asked us to help find out if something is going on here, this study is a step toward answering your questions.”

Maj. Bryant Webber of USAFSAM described the study at Pease as a “retrospective cohort study,” which will look at the number of cancer deaths between 1970 and 2018 at the guard base and the former Air Force base.

By looking at the number of cancers from airmen who served at the bases and comparing them to the general U.S. population, the Air Force will be able to determine if people who served at Pease have higher rates of cancer, said Webber, a doctor, during a recent meeting at the guard base.

Once completed, the Air Force will release a memo on the study that will list “all of our findings” and “then we’ll have a discussion of what those findings mean,” he said.

He cautioned that the study won’t be able to say “we found that being here at Pease caused someone to either develop cancer or die from cancer.”

The study will allow scientists to say “there was an association or no association statistically with being assigned here and their cancer deaths,” Webber said.

He acknowledged, too, after fielding questions from people at the meeting that the study “is not looking at current cancer diagnoses, it’s looking at individuals who have died from cancer.”

“We hope by doing this study that we’re providing a piece of a larger puzzle,” Webber said, adding the results of this study could lead to more studies.

Another group would have to do a separate cancer incidence study to look at all the cancers suffered by people who worked or lived at the base, he said.

“We have records on service members, not the spouses, not the children, the exposure is just being stationed here,” he said.

He credited the activism done by family members of retirees who have died or suffered from cancer, along with the media, for pushing the Air Force to act.

“This has happened a lot quicker than it could have so I’m very grateful for that,” he said during the recent meeting.

Mindi Messmer, a former state representative from Rye who is a member of the Pease working group, called the mortality study “a step in the right direction.”

But she and others believe an incidence study could be conducted at the same time and plan to ask the Agency For Toxic Substances and Disease Registry to conduct one.

Messmer, a scientist, and Doris Brock, the widow of Kendall Brock, a 35-year Air National Guard member who died in June 2017 from bladder and prostate cancer, plan to ask the “ATSDR to do a cancer incidence study on a parallel track.

“There’s no reason they can’t be done at the same time,” Messmer, a candidate for Executive Council, said Monday.

In addition, Messmer wants the Air Force to study any health ailments of the spouses and children who lived on the bases.

“They didn’t sign up for the service, they were exposed because they lived here,” she added.