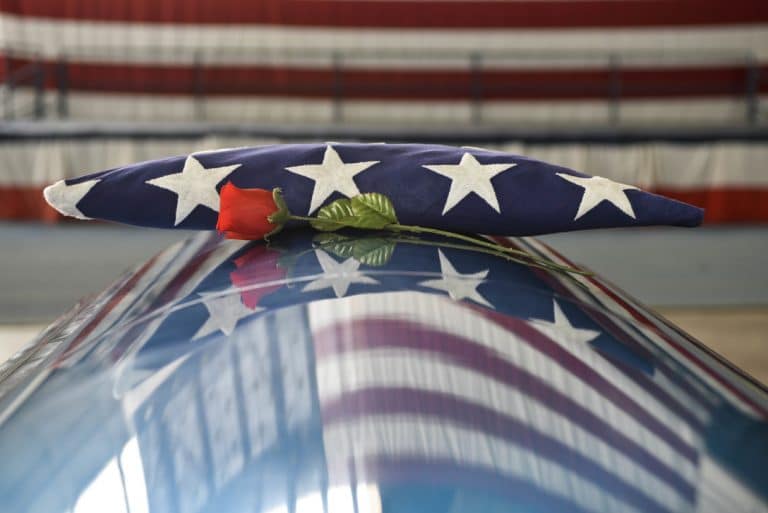 A funeral home in the suburbs of Chicago is asking people to attend the services on Wednesday for a Vietnam veteran whose family could not be found.

A 71-year-old Vietnam War veteran, John James Murphy, passed away on Dec. 18. Since then, authorities have been unable to get in touch with his relatives, a brother, two sisters, one child and grandchild, the Daily Herald reported Monday.

At noon, a procession will leave from Elgin to the internment with military honors at 2 p.m. at Abraham Lincoln National Cemetery, 20953 W. Hoff Rd., Elwood.

“It’s very important to us that no veteran is left behind, that they are properly taken care of,” Joy Symonds said.

“I hope this is not the last time that I do this for a veteran, an unclaimed veteran,” said Dan Symonds, who is a first sergeant with the U.S. Army Reserves. “To me it’s important. Everybody deserves a decent burial and these guys, it doesn’t matter where they served, even if they didn’t see combat, they deserve to be honored.”

Murphy was born on January 15, 1948, according to his obituary. He served in the U.S. Air Force as an aircraft mechanic from 1966 to 1969. He was awarded the National Defense Service Medal, Republic of Vietnam Campaign Medal, Presidential Unit Citation and Vietnam Service Medal.

Dan Symonds added that he hopes the story of how others are joining to say goodbye to Murphy will reach his family.

“That’s one of the main reasons why we are putting the call out or doing this,” Dan Symonds said. “We want and hope and we pray that maybe, by some chance, his daughter or his grandchildren realize that he’s passed.”

The U.S. Department of Veterans Affairs pays for some of the cost of the funeral for veterans who were honorably discharged. Murphy was a jet engine mechanic in the U.S. Air Force and earned awards, including the National Defense Service Medal, Republic of Vietnam Campaign Medal, the Presidential Unit Citation and the Vietnam Service Medal.

When the Kane County Coroner’s office was unable to find Murphy’s next of kin, they contacted the VA, which directed the coroner, Rob Russell, to the funeral home in Elgin.

“We look for phone numbers on the fridge, we look for address books. We do internet searches and we have our special (database) system. We even talk to neighbors and friends,” he said. “We do everything we can do to try to find a next of kin. Not even just for veterans, for people who aren’t veterans, too.”