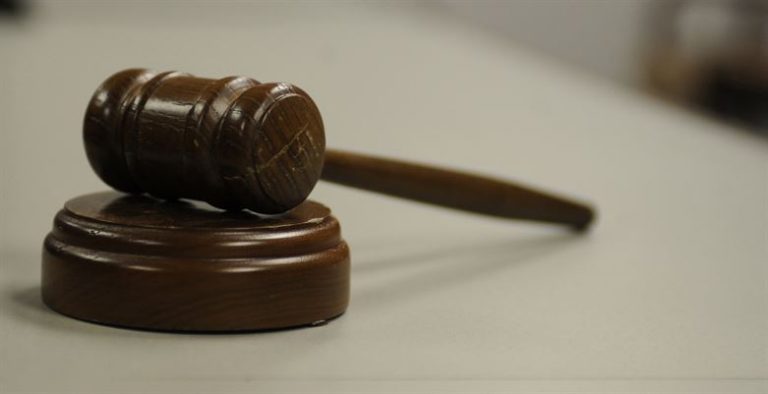 A military judge has sentenced a 23-year-old Hawaii- based Marine to a 36-month prison term on charges of possession of a modified firearm after being accused of attempting to bring firearms and ammunition onto a military base in his home state of Nebraska.

Pfc. Ali J. Al-Kazahg pleaded guilty before the judge, Navy Capt. Ann Minami, at a military courtroom at Marine Corps Base Hawaii, Kaneohe Bay, on Tuesday to possession of a machine gun, fraudulent enlistment and false official statement under a plea agreement.

Under the plea agreement, Minami sentenced Al-Kazahg to 36 months for possession of a firearm, 24 months for fraudulent enlistment and 24 months for false official statement. The terms are to run concurrently, or at the same time.

The judge also ruled Al-Kazahg should be discharged for “bad conduct.”

His sentence includes a 228-day credit of time served in pretrial confinement. He has been confined at Navy Brig Pearl on Ford Island and might be transferred to a brig in Southern California to serve his sentence, according to spokesman Capt. Eric Abrams of the III Marine Expeditionary Force in Hawaii.

Al-Kazahg, of the Combat Logistics Battalion 3, joined the Marine Corps in 2017 and has been stationed at Kaneohe Bay since 2018.

During Tuesday’s hearing, Al-Kazahg apologized to his family, friends and the Marine Corps. “I never intended to hurt anyone in any way.”

He said he planned to work out at a gym at Offutt Air Force Base on May 31 while he was on leave in Nebraska when he was stopped by a sentry at the gate and asked whether he had any firearms. He told the sentry no. Al-Kazahg later showed him where the firearms were in his vehicle and was apprehended by military police.

During the hearing, lead trial counsel Maj. Nicholas Henry displayed the items found in his vehicle, which included a rifle; a Glock 19 pistol in a case; “switches” that are add-on devices that convert a semiautomatic pistol to fully automatic; a bump stock, which allows a gun to fire more rapidly; a possible suppressor; and a bag that contained magazines and other gear.

Al-Kazahg acknowledged this his intent was to change a semiautomatic pistol to one capable of fully automatic fire.

Al-Kazahg’s voice wavered as he spoke of his turbulent childhood where he was placed in foster care after he and his siblings suffered physical abuse and neglect by their biological parents, whom he described as Iraqi refugees.

He was shuffled through 30 foster homes throughout his youth where he endured more abuse. At age 16 he moved to Milford, Neb., to live with a foster family where he said it as the first time he felt cared for.

Al-Kazahg’s biological sister, Nedhal Al-Kazahy, spoke to the court via telephone during the hearing. She said her older brother was a target of racism because of his Middle Eastern name. She recalled him telling her another Marine threw raw bacon on his bunk.

The siblings’ last names are slightly different because Al-Kazahg’s last name was misspelled on his birth certificate. Despite the racism and harassment he faced, his sister said he has never threatened anyone.

Friend Austin Stone of Nebraska, who has known Al-Kazahg since their high school days together, said, “I never so much as saw him lose his temper in the entire time I’ve known him.”

His friends said they often would go shooting and hiking together in Nebraska.

Lead trial counsel Maj. Nicholas Henry sought a maximum punishment of 36 months, saying the flagrant violations included possession of illegal firearms and a disregard of the Marine Corps’ ethos of honor, integrity and courage. Al-Kazahg knowingly lied about the handgun, magazines and other things in his vehicle, he added.

Lead defense counsel Capt. James Larkin said Al-Kazahg joined the military to be part of a brotherhood that shared his “deep-seated patriotism” for a country that did not always love him back.

Al-Kazahg acknowledged in court that he concealed information of a school suspension, being fired from a job and an arrest record on his enlistment form.