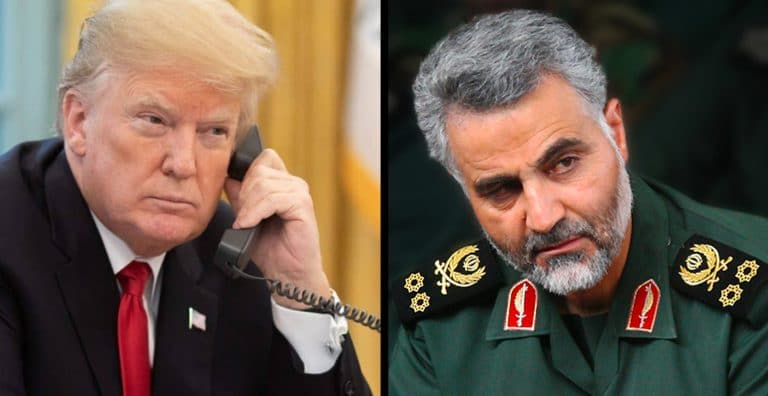 President Donald Trump on Saturday warned that the Iran against retaliation for the U.S. air strike that killed one of its top military commanders, Gen. Qassem Soleimani, and said the U.S. has additional targets if conflict continues to escalate with Iran.

Iran is talking very boldly about targeting certain USA assets as revenge for our ridding the world of their terrorist leader who had just killed an American, & badly wounded many others, not to mention all of the people he had killed over his lifetime, including recently….

“Let this serve as a WARNING that if Iran strikes any Americans, or American assets, we have targeted 52 Iranian sites,” Trump said.

….targeted 52 Iranian sites (representing the 52 American hostages taken by Iran many years ago), some at a very high level & important to Iran & the Iranian culture, and those targets, and Iran itself, WILL BE HIT VERY FAST AND VERY HARD. The USA wants no more threats!

Trump further suggested that the number of Iranian targets is equal to the number of U.S. hostages taken by Iran during the 1979 Iran hostage crisis.

He said the Iranian targets include some that are “very high level & important to Iran & the Iranian culture” and “WILL BE HIT VERY FAST AND VERY HARD.”

Trump’s latest warnings to Iran come amid reports of missile strikes that have landed near the U.S. Embassy in Baghdad, Iraq, which was the site of destructive pro-Iranian demonstrations earlier this week.

Those embassy demonstrations were part of the escalatory actions throughout this week between the U.S. and Iran, which have included prior U.S. strikes against pro-Iranian militias deemed responsible for rocket attacks that killed and wounded U.S. personnel in Iraq.

Members of some of one of the Iranian backed Iraqi militias were present with Gen. Soleimani at the Baghdad International Airport when he was killed by a U.S. drone strike.

In his Saturday tweets, Trump included his justifications for the killing of Soleimani, saying the commander of the Quds Force of Iran’s Islamic Revolutionary Guards Corps (IRGC) had already wounded and killed Americans, had prompted the recent attacks on the Baghdad embassy and was “preparing for additional hits in other locations.”

In comments Friday, Trump suggested he does not a war with Iran, but he is “prepared to take whatever action is necessary.“