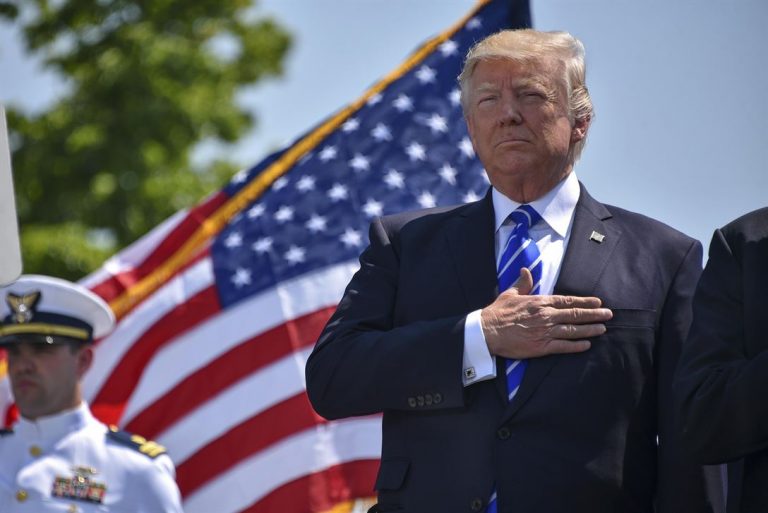 “This strike was aimed at deterring future Iranian attack plans,” the statement added. “The United States will continue to take all necessary action to protect our people and our interests wherever they are around the world.”

Earlier on Thursday, Secretary of Defense Mark Esper had warned that the U.S. was ready to take “preemptive action” to protect Americans.

“The game has changed, and we’re prepared to do what is necessary to defend our personnel and our interests and our partners in the region,” Esper told reporters at the Pentagon, according to the Associated Press.

Esper also said there were “indications” that Iran may be planning attacks on U.S. targets in the Middle East, and he pointed to numerous attacks on U.S. bases in recent months.

Trump had tweeted a warning to Iran on Tuesday, saying, “Iran will be held fully responsible for lives lost, or damage incurred, at any of our facilities. They will pay a very BIG PRICE! This is not a Warning, it is a Threat. Happy New Year!”

….Iran will be held fully responsible for lives lost, or damage incurred, at any of our facilities. They will pay a very BIG PRICE! This is not a Warning, it is a Threat. Happy New Year!

On Monday, Secretary of State Mike Pompeo had said Soleimani and Iranian Supreme Leader Ayatollah Ali Khamenei were “working to expand their terror campaign all around the world,” Politico reported.

Pompeo had previously referred to Soleimani as equally dangerous as ISIS leader Abu Bakr al-Baghdadi, who was killed in a U.S. raid in October.

As many as eight may have been killed in the attack.

Freelance journalist Ehab Al Obaidy who is reportedly at the scene has shared photos and videos showing burning vehicle wreckage and scattered belongings.

Iraqi militias immediately blamed the U.S. and Israel for the attack.

“The American and Israeli enemy is responsible for killing the mujahideen Abu Mahdi al-Muhandis and Qassem Soleimani,” said Ahmed al-Assadi, PMF spokesman said, according to Reuters.