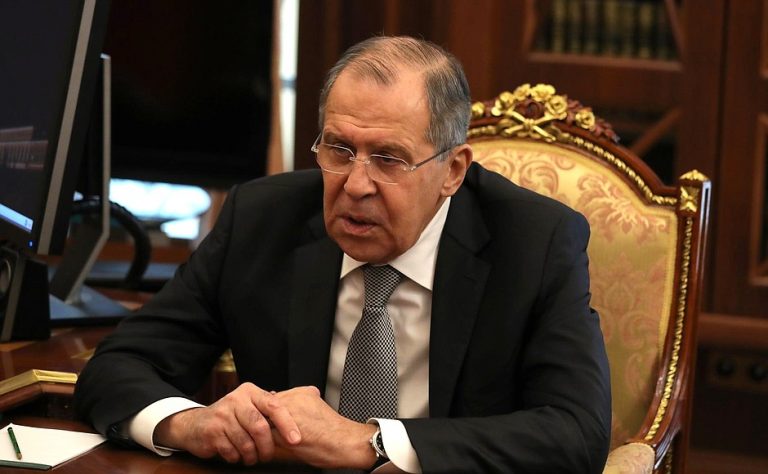 Russian Foreign Minister Sergei Lavrov has said that the United States and the European Union should either comply with the terms of the 2015 nuclear agreement with Tehran, or recognize it as nonexistent.

Lavrov made the comments on December 30 after meeting in Moscow with Iranian Foreign Minister Mohammad Javad Zarif, who said that the European signatories to the deal were “not taking any practical steps” to support it.

The deal, known as the Joint Comprehensive Plan of Action (JCPOA), offered Tehran sanctions relief in exchange for curbs on Iran’s nuclear activities.

It was signed by the five permanent members of the UN Security Council plus Germany and the European Union, but the United States abandoned the deal in 2018 and introduced new sanctions that can punish entities that do business with Iran.

The European parties to the agreement — France, the United Kingdom, and Germany — have maintained the deal but Tehran has repeatedly demanded that they do more to lessen the impact of the U.S. sanctions targeting Iran’s oil sales, economy, and currency.

The United States has indicated that it wants Iran to return to the negotiating table, but Tehran has said that is not possible until all sanctions are lifted, and has taken steps toward leaving the JCPOA by reactivating elements of its nuclear program.

Lavrov said the “ideal solution” would be for all sides to observe the obligations agreed to under the deal, but if not then the JCPOA should probably be recognized as “dead.”