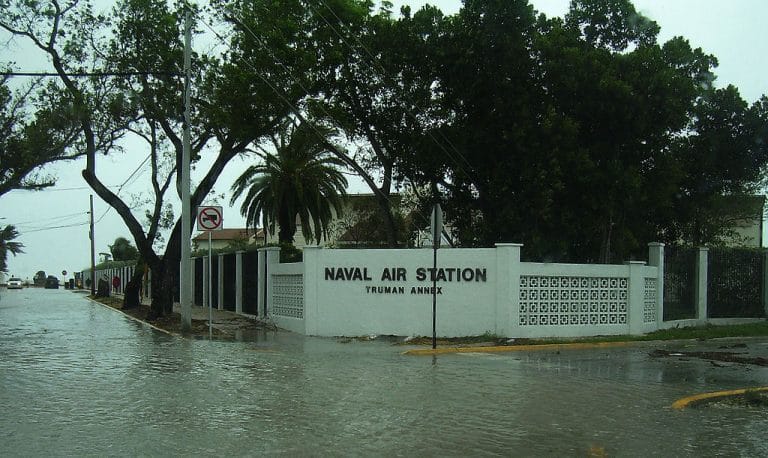 The day after Christmas, a Chinese man rose early because, he said, he wanted to take photographs of the sunrise on the grounds of the Naval Air Station in Key West.

It was only a matter of time before witnesses spotted Lyuyou Liao at 6:50 a.m. Thursday walking around a perimeter fence and entering the military facility from the rocks along the water. They warned Liao that he was trespassing in a restricted area, known as the Truman Annex, as he took photographs of government buildings near “sensitive military facilities,” according to a federal criminal complaint filed Thursday.

Then, U.S. Military Police saw him snapping photos with the camera on his cellphone, approached him and took a look at the pictures. The police officers immediately called a federal agent, who arrested Liao on a charge of entering naval property for the purpose of photographing defense installations.

Liao agreed to waive his Miranda rights and told the agent with the Naval Criminal Investigative Service in broken English that “he was trying to take photographs of the sunrise,” according to the complaint affidavit. But when Liao provided the pass code to his cellphone and allowed the agent to look at the images, he “observed photographs of Truman Annex on the camera.”

Liao, 27, had his first federal court appearance Friday afternoon in Key West via a video hookup with Magistrate Judge Patrick Hunt in Fort Lauderdale and Assistant U.S. Attorney Karen Gilbert in Miami. Hunt appointed the federal public defender’s office to represent Liao and scheduled his pretrial detention hearing for Jan. 6. His arraignment will be a week later.

Liao’s arrest marks the second time since last year that a Chinese national has been charged with taking photos of defense installations at the Naval Air Station in Key West.

In September of last year, Zhao Qianli, who claimed to be a music student from China, got caught by the Key West police for trespassing onto the high-security Naval Air Station. He later told federal authorities that he lost his way on the tourist trail and did not realize it was a military base.

Investigators found photos and videos on Qianli’s cellphone as well as on his digital camera that he had taken of government buildings and a Defense Department antenna field on the military base.

Qianli, 20, pleaded guilty in February to one count of photographing defense installations at the Key West military facility and was sentenced to one year in prison by U.S. District Judge K. Michael Moore. The judge gave him the maximum sentence, which was higher than the sentencing guidelines between zero and six months. The U.S. attorney’s office sought nine months in prison.

The following March, a Chinese woman was arrested at President Donald Trump’s private club in Palm Beach after she bluffed her way into Mar-a-Lago to attend a purported “United Nations friendship” event that she knew had been canceled before she left China.

Yujin Zhang, 33, was charged with trespassing in a restricted area and lying to a federal agent. In September, Zhang was convicted at trial and sentenced in November to eights months in prison — or the time she had been in custody since her arrest — by U.S. District Judge Roy Altman.