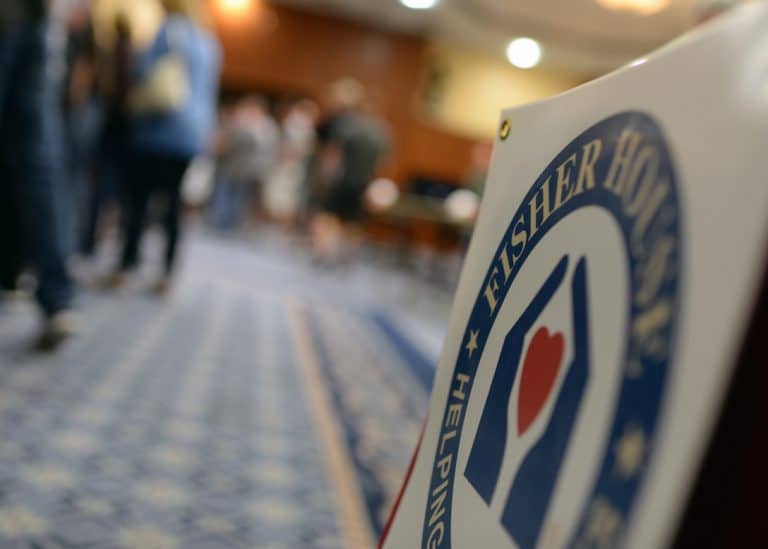 As a Navy veteran who served in Vietnam, Bob Barry of Bristol said he was excited to be able to volunteer for a charity benefiting veterans’ families in Connecticut.

“Kevin Creed put his arms around our family. I assumed 100 percent of everything we did was going to veterans,” Bob Barry said Wednesday.

So when they learned that Creed, a decorated Army veteran and former state trooper, had stolen $1.4 million from the charity, the family was devastated.

“It was a stab in the back. I felt betrayed,” Bob Barry said. “I’m sure everyone else did. He perfected the lie, I totally believed he was an honorable person.”

Based on a judge’s ruling last month, it appears that the Barrys – and scores of other donors, volunteers, veterans organizations and fundraising sponsors – will be able to speak at Creed’s sentencing hearing March 16. He has pleaded guilty to wire fraud, which carries a maximum 20-year penalty.

Assistant U.S. Attorney Michael McGarry held an open meeting Wednesday at U.S. District Court in New Haven for victims of the scam; a half-dozen showed up and others phoned in on a conference call. The government sent invitations to 2,500 individuals, businesses and civic groups that it could identify as donors, and estimated there are many more who gave small cash donations and never appeared on any donor list.

McGarry advised everyone at the meeting to submit victim impact statements detailing how they were harmed, So far, he said, nearly 1,000 people have sent in those forms. They will be summarized and presented to Judge Janet C. Hall before she hands down a sentence.

Several victims on Wednesday urged McGarry to press for a lengthy prison term for Creed. In the plea deal that was reached in August, prosecutors calculated that sentencing guidelines would yield a prison term of 51 to 63 months and a fine between $20,000 and $200,000. Defense attorney Michael Moscowitz’s calculations are for a 41- to 51-month sentence with a fine between $15,000 and $150,000.

It’s expected that Hall will order restitution, though McGarry cautioned victims that Creed doesn’t have the money to pay.

“Presumably he doesn’t have $1.4 million squirreled away. A lot of it is gone,” McGarry said. “He didn’t buy jewelry or fine art, he used it for expenses.”

So far, no victims have said they want their donations back. Instead, they want the money to support the Fisher House project. Fisher Houses provide temporary residences for military and veterans families while a veteran undergoes medical care.

Creed organized a drive to build a Fisher House in Connecticut, and spent years promoting fundraisers at VFW, Disabled American Veterans and American Legion posts across the state. Stores including Shop Rite held fundraisers, high school classes made donations, and the charity also got proceeds from events such as the Bristol Half-Marathon.

As part of his plea deal, Creed admitted to diverting $1.4 million for his own purposes, including his law firm, his home mortgage and personal day-to-day expenses. That was about half of everything raised.

“I put him on a pedestal. I sold him and his credentials to many people who donated money,” Rob Barry said Wednesday.

Tom Flowers has since taken leadership of Friends of Fisher House Connecticut, establishing a board of directors and bringing in an attorney and an auditor to be sure it operates properly. He told McGarry that one of the biggest donors hurt by Creed was the owner of six Shop Rite supermarkets, who held in-store fundraisers and then wrote a check for several hundred thousand dollars.

The store owner said a “slap on the wrist” sentence would set back efforts to restore Friends of Fisher House Connecticut’s reputation, Flowers said.

“He told me that if this ends up with a significant sentence, that would help,” Flowers said.

Contacted at his New Haven office, Moscowitz said Wednesday that Creed knows he is going to prison.

“I know people want to bury him, but he’s a veteran that has fallen down. He needs help, too,” Moscowitz said. “He’s extremely remorseful. He understands his errors and mistakes. He knows that everything he’s done good with his life will be worthless now.

“Kevin Creed was a helicopter pilot, a major in the Army, he received a Bronze Star. But that won’t define him now, this horrible thing will,” said Moscowitz, himself a veteran. “He’s a fellow veteran who has fallen on hard times.”