4,500 Marines, sailors return from deployment in time for Thanksgiving 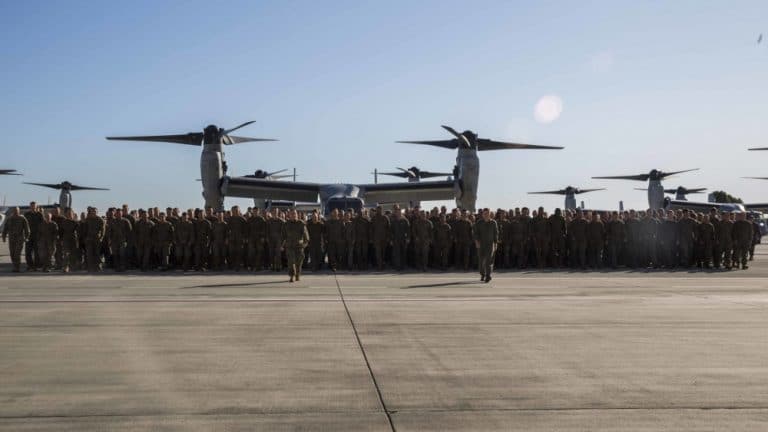 Thousands of Marines and sailors who deployed to the Middle East and the Indo-Pacific seven months ago, returned to three West Coast Marine Corps bases just in time for Thanksgiving.

Family and friends greeted the returning service members at each location.

The 4,500 service members were all part of the 11th Marine Expeditionary Unit (MEU) and the USS Boxer Amphibious Ready Group (ARG).

“I am very proud of the 11th MEU, and the entire 1st Marine Expeditionary Force family is happy to welcome them home,” said Lt. Gen. Joseph L. Osterman, commanding general of 1st Marine Expeditionary Force. “The 11th MEU and the Boxer ARG embodied naval integration daily throughout their deployment around the globe and truly demonstrated the capability of our Navy-Marine Corps team to operate in today’s complex maritime environment.”

Their mission was to conduct maritime security operations and crisis response operations in the Middle East and Indo-Pacific regions.

They spent time in the U.S. 7th Fleet and U.S. 5th Fleet areas of operation during their deployment, training in Kuwait, Jordan, Djibouti, Brunei, the Philippines and Malaysia.

“We have traveled a long way and the Marines and sailors of the 11th MEU have risen to every challenge,” said Fridriksson. “They have built important partnerships and have been ready to help, ready to respond, and ready to fight if necessary.”