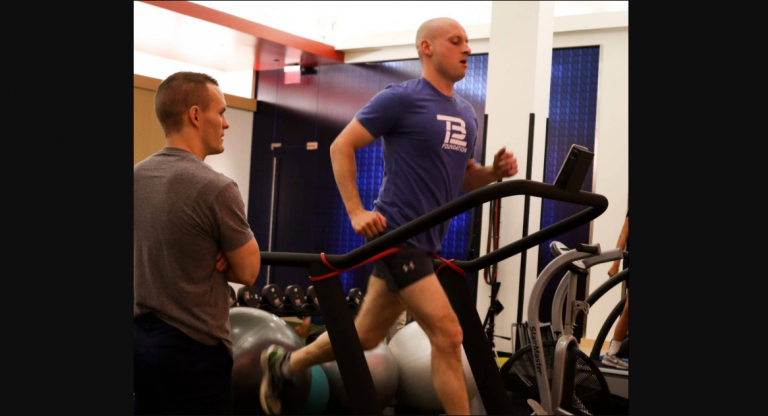 After U.S. Green Beret Kevin Flike was wounded in combat in Afghanistan, he found help rehabilitating from his injuries through TB12, a sports training and rehabilitation foundation created by NFL Patriots quarterback Tom Brady.

Flike, a former member of the 1st Special Forces Group was on his second deployment to Afghanistan in 2011 when he was struck by an enemy round entering under his body armor. The Green Beret suffered a fractured hip, paralysis to his left leg and femoral nerve damage.

With the help of the Green Beret Foundation and six different surgeries, Flike said he managed to recover miraculously well from his combat injuries, and eventually regained full extension of his left leg. He said he would undergo four to six hours of physical therapy daily while in the Army following his injuries. 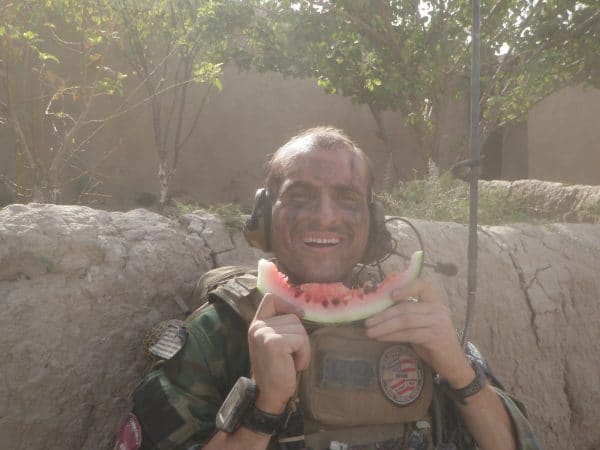 Green Beret Kevin Flike takes a break to eat watermelon while on deployment in the Kunduz Province of Afghanistan, Sept 2011. (Photo provided by Kevin Flike)

“Over the course of 18 months, my physical health was incredible,” Flike told American Military News. “It defied medical science at the time.”

Flike left the Army in 2013 and began to focus on his career after the military. He earned concurrent master’s degrees from Harvard and MIT and took on a job with Goldman Sachs investment bank. Flike said he also focused on the mental aspects of recovery and as he did, the physical pain began to return.

The pain became so bad one Christmas morning that Flike had to lay on his back and miss out on the enjoyment of watching his two daughters open presents. It was that moment he decided to get back in physical shape so he could stay involved in his family’s life. A co-worker eventually recommended Flike meet the Alex Guerrero – a leading trainer at TB12 and one of the minds behind keeping Brady in regular Super Bowl condition. 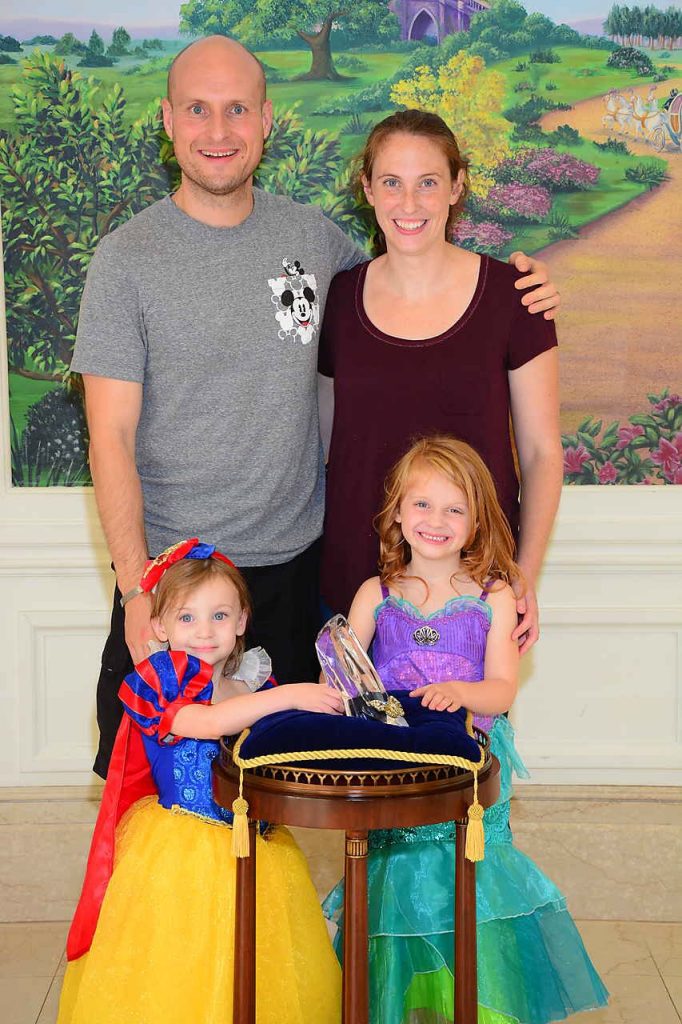 Kevin Flike, his wife Kim and his two daughters during a Disneyland visit in the fall of 2018. (Photo provided by Kevin Flike)

“Immediately they took a very holistic approach to everything and they go ‘what do you want to get out of this?’ I say ‘well I don’t want to be in pain anymore,’” Flike said. “They said ‘yeah of course, that’s a given right, what do you want to do though.’”

Flike said his TB12 trainers helped him adjust his goals from simply avoiding pain to helping him learn to run again. He bought into the training methods and is now so thoroughly recovered that he has been invited to run on the TB12 team for the 2020 Boston Marathon.

“You wouldn’t be able to tell if you saw me,” Flike said of his injuries.

Flike became a member of the Green Beret Foundation’s board of directors and a public speaker, helping other veterans in their own recovery.

“An experience is worth nothing unless you share it…This all happened for me to gain these experiences and become a better man in the process.” #motivationalspeaker #specialforces #greenberet #wounded #purpleheart #usarmy #motivationhttps://t.co/2Cw1rXn1HA 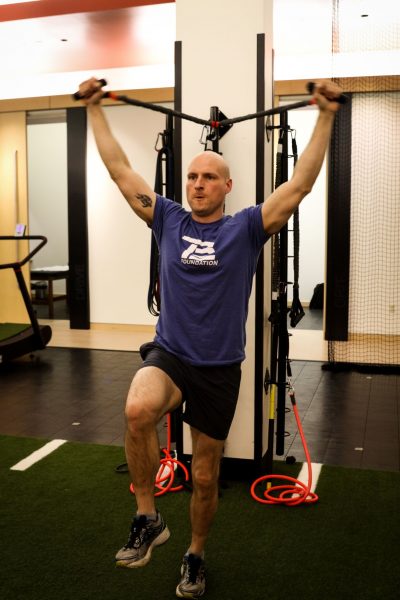 “I think a lot of folks think of TB12 as very sports-related, they really deal with a wide range of individuals,” said Margrette Mondillo, a spokesperson for TB12 who has helped manage the TB12 Foundation. “For us, working with Veterans that may have some of those same types of issues seemed like a natural fit.”

Mondillo said each of those veterans signed on to work with the TB12 trainers would have the opportunity to attend three personalized sessions.

“The men and women will not only be assessed for any movement restrictions but will have a detailed strategy for how to correct them,” said Deven Alves, the Assistant Head Body Coach at TB12’s Boston facility. “The goal for the Body Coach is to understand the client’s goals, identify any restrictions in their bodies that may limit progress to getting to those goals, and supplying them with the right steps to accomplish the goal without sacrificing optimal health.”

Alves TB12 Body Coaches will use gate analysis to identify asymmetries in movement for the participating veterans. Clients will also experience deep force tissue work, resistance band training and devise strategies to take with them after the TB12 training.