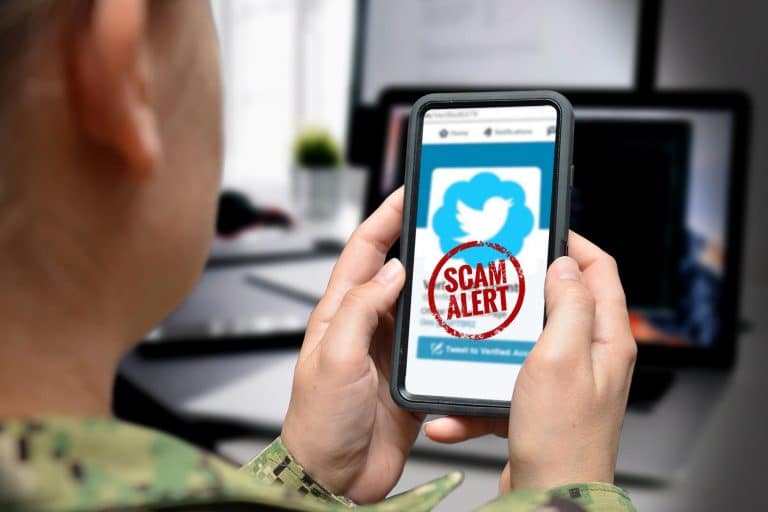 A recent study warns military members, their families and veterans to be wary of scams that have fleeced almost $405 million from about 1 million people since 2012.

The largest number of people scammed in one year was almost 390,000 in 2018, according to the study. About 275,000 of those were targeted in scams promising to help teens who wanted to get into the military, but steered them instead to for-profit schools. The greatest sum of financial losses was in 2014, when military members were fleeced for almost $125 million, due in large part to a single $92 million finance scam.

Some of the more common scam scenarios included in the report include:

• Impostor scams — the impostor can take on a range of roles, from a prospective romantic partner to an official from the Department of Defense.

• Romance scams often target deployed members of the military who can’t physically meet potential partners. The scammer pretend to be a woman who gains the service member’s trust and later asks for money.

• Scammers pose as authority figures in the target’s military branch or the Department of Defense or Veterans Affairs. They might phish for information that can be used in identity theft or demand some sort of payment.

• Affiliation scammers create fake companies and charities that claim to help service members or veterans. They might run ads to lure victims, promising steep discounts or other favorable terms for the military.

• Employment scams us­­ually target military veterans seeking a job after their careers have come to an end. Scammers often contact veterans looking for jobs to offer them employment, often in a work-from-home environment. Scammers cite the victim’s military career as one of the reasons they were selected.

• Advance fee scams trick victims into paying money to someone in anticipation of receiving something of greater value. The victim actually receives little or nothing in return. The most prominent example is the famous “Nigerian Prince” scam.

• Identity theft takes many forms. Some of the more common crimes include stealing a service member’s benefits or committing tax fraud in their name.

• Tax fraudsters file tax ret­­­­­urns under service members’ names, claiming returns that are far and above what they should be receiving. Once the victim receives their tax return, scammers contact them claiming to be working on behalf of the IRS. They instruct the victim to pay back a portion of the return to a fraudulent account.

• Bank and lender scams promise favorable interest refinancing, easy-to-get loans, and worry-free investments. The information that victims give up in these scams can not only lead to stolen funds, but stolen identities, as they often include “credit checks” that require Social Security numbers and other vital details.

Any suspected scam should be reported to law enforcement, or can be reported through the Federal Trade Commission’s reporting portal at FTC.gov/complaint.