Manhunt underway for Marine deserter charged with murder in VA 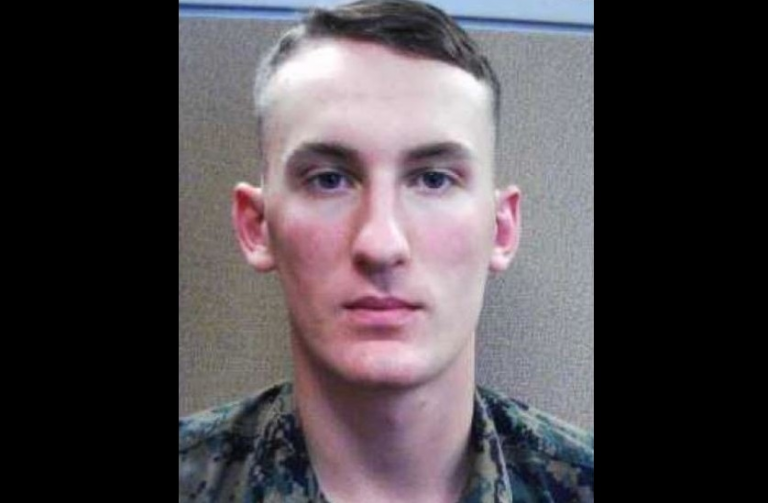 Law enforcement is pursuing a Marine who deserted his post and is suspected of killing his mother’s boyfriend last week – and they may be closing in on the Marine.

Roanoke, Va. police received an early morning tip on Thursday reporting the possible sighting of Michael Alexander Brown, 22, after a caller said a man wearing a black jacket was knocking on a window at the home of Brown’s grandmother, CNN reported.

The call prompted authorities to shut down schools in the area while search efforts for Brown were underway.

Brown was believed to be driving a 2008 Lincoln Town Car earlier in the week, then reportedly switched vehicles and was driving an RV. However, a tactical team secured the RV and Brown was thought to be on foot and looking for another vehicle.

Brown had deserted his post at Camp Lejeune, N.C. last month, and has been charged with second-degree murder and using a firearm in a felony after he reportedly fatally shot his mother’s boyfriend, Rodney Brown, 54, on Saturday.

Roanoke Police Chief Tim Jones warned Patrick Henry High School students, faculty, and staff to remain home and shelter in place, as Brown was expected to be armed with a “shoulder-held, high-capacity weapon” and possibly other weapons in his search for another vehicle.

“This is not the day to leave your vehicle running on a convenience store lot, or to be offering strangers rides,” Jones said.

“We are receiving intelligence that he was in transit yesterday and was seen in several areas outside the Roanoke Valley,” Jones added. “I think family is what brought him here. We hope family can appeal to him.”

Jones said Brown its an outdoorsman and could be living in the woods.

Jones described Brown as a “military-trained veteran (who) knows how to navigate avenues of approach and escape, and to maneuver his way around various types of terrain.”

The U.S. Marshals Service posted a wanted notice for Brown on Thursday morning and offered a $10,000 reward for information leading to his arrest.

Virginia state authorities, the Federal Bureau of Investigations, and the Bureau of Alcohol, Tobacco, Firearms and Explosives are other agencies involved in the search efforts.

Jones said he wanted Brown to know that “he does have alternatives” and encouraged Brown to turn himself in.