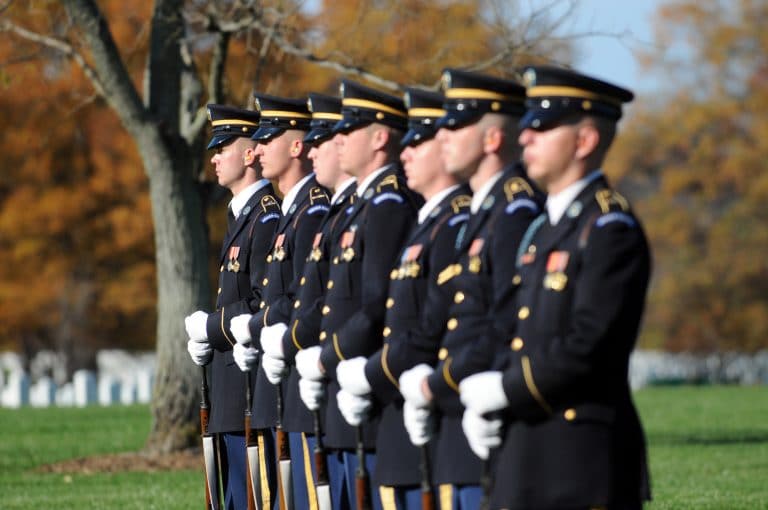 The University of Virginia is facing criticism for removing the 21-gun salute from its annual Veterans Day ceremony.

The university has incorporated the 21-gun salute in its ceremony for more than 10 years, and said the decision to remove it was made due to “disruption” and “panic” created by the gunfire, NBC29 reported.

“One is that it would be disruptive to classes and two, unfortunately with gun violence in the U.S., there was some concern that we would cause a panic if someone heard gunshots on grounds,” said university President Jim Ryan.

Ryan doubled down on the decision in a statement to his Facebook page on Saturday.

“They considered the option of relocating the ceremony to another place on Grounds. But given that the 21-gun salute is not a required, or even typical, part of Veteran’s Day ceremonies — as opposed to Memorial Day ceremonies, which are specifically dedicated to those who have lost their lives in service to our country — they chose to keep the ceremony at a central location on Grounds but leave out the 21-gun salute,” Ryan said.

“That seemed to me, and still seems, a reasonable accommodation, given the 24-hour vigil and the other solemn and respectful elements of the ceremony,” he added.

The decision was a collaborative effort between the Provost’s office and the university’s ROTC program head, Col. Michael Hough.

Not all ROTC members were in favor of the decision, however.

ROTC member Jay Levine said, “I am very disillusioned, very upset, and very surprised that they would make such a decision.”

Levine, who went through the ROTC himself, said he wanted to bring the issue to the public in hopes of taking action.

“Freedom isn’t free,” Levine said. “There’s a cost and that cost is born by the veterans and the families of those veterans.”

Fox News host Brit Hume tweeted about the decision, saying, “As an alumnus, I am embarrassed. What pantywaists.”

As an alumnus, I am embarrassed. What pantywaists. https://t.co/9vMYRUzlUS

Ryan did add that the community’s response helped convey the importance of the 21-gun salute as a part of the ceremony, but noted that it was too late to alter this year’s ceremony.

“Following this year’s ceremony, however, we will work with our ROTC officers and cadets to take a closer look at options for our Veterans Day events, including those that would enable us to re-introduce the 21-gun salute to the program,” Ryan said.