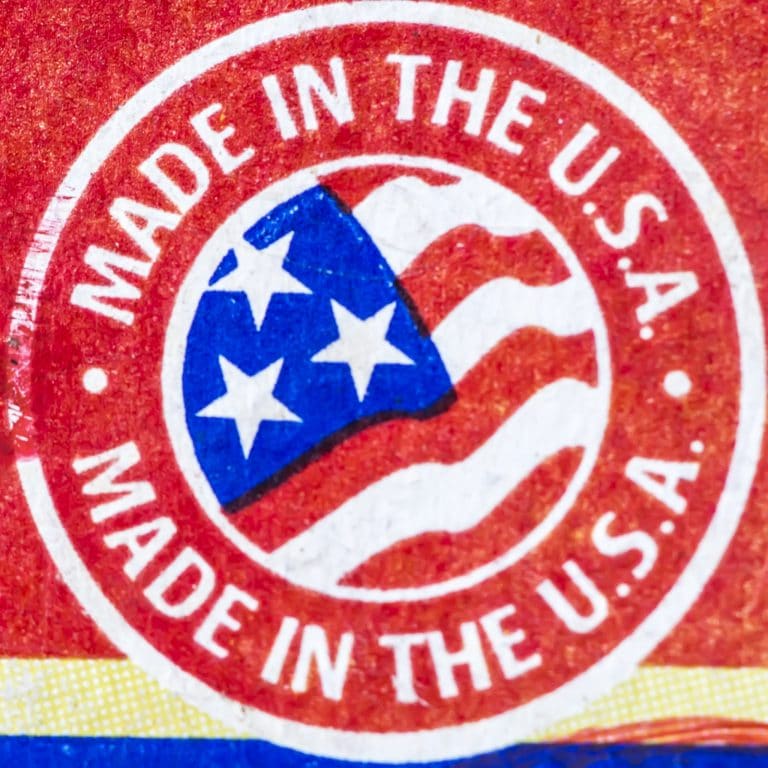 Federal prosecutors Thursday charged a Long Island company, its chief executive and other employees with fraudulently passing off Chinese-made surveillance and security equipment as American-made and selling it to the U.S. government — potentially exposing the military and federal agencies to cybersecurity surveillance and attack.

Commack-based Aventura Technologies Inc., and seven of its current and former employees, ran the scheme that dated to 2006, netting some $88 million in sales, including $20 million in government contracts in the last nine years, authorities said.

The Chinese-manufactured equipment included network surveillance cameras imported into the United States through Kennedy Airport in Queens in 1,000 shipments from China since 2010, said Richard P. Donoghue, the U.S. attorney for the Eastern District of New York.

“Aventura not only defrauded their customers, but also exposed them to serious, known cybersecurity risks and created a channel by which foreign adversaries and other actors could potentially access some of our government’s most sensitive facilities and computer networks,” Donoghue said.

Some of the items, according to prosecutors, were pre-marked “Made in USA” with an American flag and Aventura’s logo before being shipped from China to the United States. Other markings indicating Chinese provenance were removed.

The equipment fraudulently labeled as American-made, including body cameras for Air Force personnel, was placed on Army and Air Force bases, in Department of Energy facilities, Navy installations and U.S. aircraft carriers, Donoghue said. The company also sold the goods to private companies, which paid a premium for what they thought were American-made items.

“As they operated this scheme for more than a decade, the owners and operators of Aventura grew rich, trading our national security for personal profit,” said Donoghue at a news conference in Brooklyn.

In addition to the alleged scheme to pass off the Chinese-produced equipment as American-made, federal authorities allege the Cabassos falsely represented that Frances Cabasso ran Aventura in order to receive lucrative government contracts reserved for businesses owned by women.

Frances Cabasso has since 2011 worked as a bookkeeper at a small accounting firm and was rarely at Aventura’s office, authorities said.

The government also alleges the Cabassos laundered money, siphoning Aventura’s illegal profits out of the company and through a network of shell companies.

Donoghue said Cabasso was “so brazen” that he complained to U.S. government officials in a 2016 email that another company selling similar items to America was “actually the Communist Chinese Government.”

Also charged are senior executives in the company: Jonathan Lasker, 34, of Port Jefferson Station, the director of operations; Christine Lavonne Lazarus, 45, of Shirley, the director of business development; and Eduard Matulik, 42, of North Massapequa, the director of international sales; along with current employee Wayne Marino, 39, of Rocky Point, a network specialist; and recently retired employee Alan Schwartz, 70, of Smithtown, who was a systems engineering manager.

Six of the defendants were arrested Thursday morning and were arraigned later before federal Magistrate Judge Ramon E. Reyes Jr.

Jack Cabasso was orded held without bond. Prosecutors in a detention memo cited Cabasso’s sprawling financial portfolio, which the government said likely includes significant offshore assets, his ties to China and the long prison sentence he could face if convicted, as evidence that he is a flight risk.

Prosecutors said their evidence is “overwhelming” and includes witness accounts, email and other electronic evidence, physical surveillance and financial analysis and physical evidence.

Cabasso’s defense attorney, James Branden, of Manhattan, said after the arraignment that the complaint against his client is very detailed and long, “but I understand from the defendant that many of the conclusions are not fairly drawn.”

Prosecutors also detailed his criminal record. Jack Cabasso served 21 months in prison for a jury tampering conviction in connection with wire fraud charges he faced in 1992. He was also convicted of state crimes dating to the 1980s, including second-degree grand larceny. In March 2000, Cabasso was convicted of participating in a stock-fraud scheme that fleeced $176 million from 16,000 investors. He was sentenced to up to four years in prison and agreed to forfeit $1.5 million.

But in 2011, Cabasso was acquitted of mail fraud for allegedly using a business associate’s credit card to pay for an advertising campaign for Aventura.

Frances Cabasso was released on $1 million bond, which was secured by her $1.3 million Northport home and her two grown sons, both lawyers. Her defense attorney declined to comment.

Lasker, Lazarus, Matulik and Schwartz were each released on a $250,000 bond. The other defendants and their attorneys didn’t comment to reporters. Lazarus sobbed as she hugged a supporter in the courtroom after she was released.

Marino, who was in Texas, is expected to surrender to federal authorities in New York on Friday.

The judge ordered those who were released from custody to not contact any of their co-defendants nor any present or past Aventura employees. The judge also restricted the released defendants from traveling outside New York City and Long Island.

The investigation began in 2017 after a tipster reported the alleged scheme to the General Services Agency’s inspector general hotline, officials said.

Law enforcement recently executed search warrants at the Northport home of Jack and Frances Cabasso and seized their 70-foot luxury yacht called “Tranquilo,” valued at some $700,000. The government also has frozen approximately $3 million in 12 financial accounts that contain proceeds from the unlawful conduct, according to authorities.

Agents, who blocked public access to the property, could be seen removing items from a large trailer. A large crane was brought on site to remove boxes of heavy material from the 48 Mall Dr. site. Agents were also removing boxes from a large indoor warehouse.

The Cabassos and Lasker did not respond to messages left at their respective homes and on their cellphones.

Aventura is currently receiving tax breaks from the Suffolk County Industrial Development Agency for the office at 48 Mall Dr. The company saved $71,785 in 2018 on a total property tax bill of $107,678, according to a state filing.

Aventura received assistance because it pledged to open a business incubator at the Mall Drive building, which had been home to pharmaceutical giant Forest Laboratories.

IDA attorney William D. Wexler said, “We are considering all legal options available based on the agency’s policies, procedures and the contracts entered into with the company. These options include termination and/or suspension of all benefits.”

In 2014, Lasker, the company’s operations director, told Suffolk County officials that demand for security cameras, software and monitoring equipment has increased because of violence at home and abroad.

He said 60% of Aventura’s sales came from the federal government, including the Treasury Department, Homeland Security Department and Defense Department.

The 19-year-old company also has provided security systems to public schools in Wichita, Kansas, Washington, D.C., and the Caribbean island of Aruba.

“All of our products are assembled on Long Island,” Lasker told the Suffolk  IDA at that time.