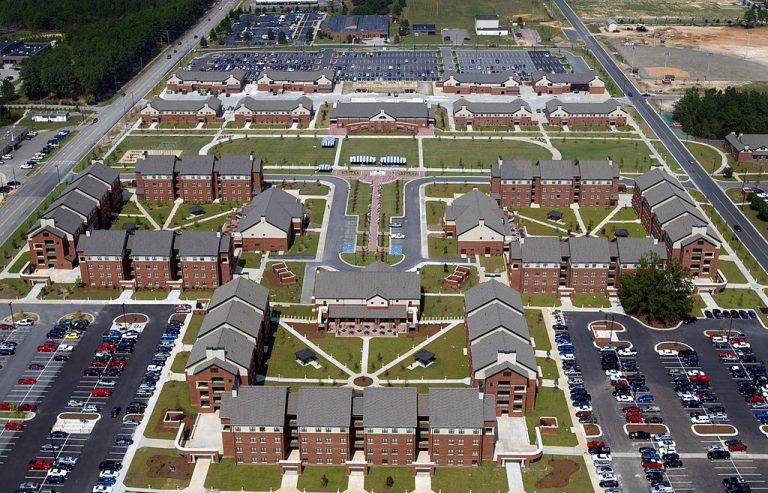 Hollywood is preparing to produce a movie about a possible exorcism that might have taken place at Fort Bragg in North Carolina.

“The Incident at Fort Bragg” is reportedly based on the true story of Malachi Martin, who died in 1999 at the age of 78, the Fayetteville Observer reported last week.

Martin was a Catholic priest and an author of 15 books, some of them recounting his experience in performing exorcisms.

While the movie is not in production yet, little is known about it, but it’s likely to take some cues from “Hostage to the Devil,” a documentary about Marin’s life which is named after a book of the same name that Martin authored.

Martin’s book addresses the topic of exorcisms and recounts five cases in which he participated, but didn’t mention Fort Braggs.

“The government can train you to do all kinds of things, but for the things that are in the world that we cannot see, they don’t train you for that,” Marro said in the documentary.

The Times UK reported that Marro told the film’s producers that Martin performed an exorcism at a military installation.

Since the movie is not yet in development, it is still unknown when or where the movie is being filmed, but Variety named Flynn Picture Company, which previously produced “The Exorcism of Emily Rose,” as the film’s producers along with Lionsgate and also stated Osgood Perkins its director.

It’s been a minute since we explored the genre, but we are back with a new horror film

at Lionsgate. And we’re thrilled to be producing for Oz Perkins, an immensely talented director

with a flair for creating eerie, intelligent, visual and unsettling terror. Inspired by true events, INCIDENT AT FORT BRAGG tells the story of real and renowned Irish priest Malachi Martin who was brought in to perform a sanctioned exorcism on a young soldier at Fort Bragg, N.C., the largest military base in the world. We are inspired by the classics — THE EXORCIST crossed with SE7EN and SILENCE OF THE LAMBS. Lofty

The Catechism of the Catholic Church, which lays out the foundation of the Catholic faith, states that exorcisms are “directed at the expulsion of demons, or to the liberation from demonic possessions.”

The Catholic Code of Canon Law also states that an exorcism must be performed with the permission of the local ordinary, typically the Bishop.

“The real horror of what hurts in possession is the presence of the evil one, and when we start an exorcism, within the first 20 minutes we know whether it’s genuine or not,” Martin said in one of his interviews in “Hostage to the Devil.”