A SWAT team destroyed a Colorado family’s home. Now, a federal appeals court says police don’t have to pay for the damage. 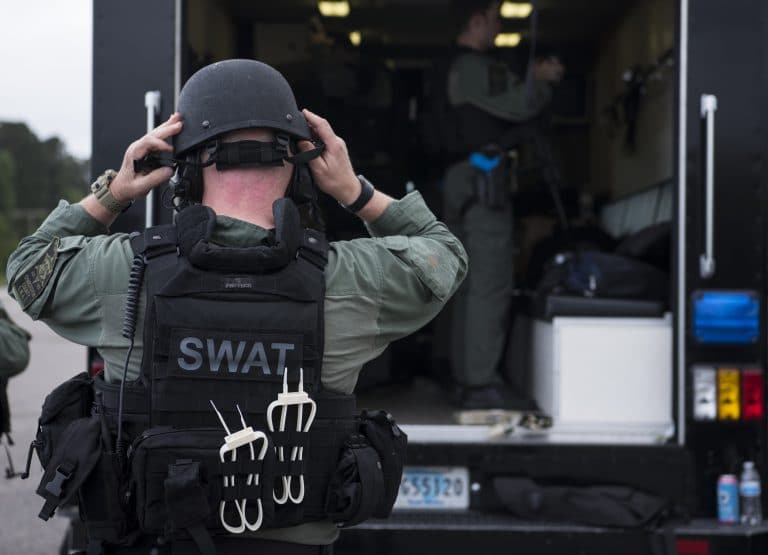 During a 19-hour SWAT operation in 2015, police tore out nearly every window of Leo Lech’s Greenwood Village home and reduced much of the interior to rubble.

In some spots, the damage was so severe the wooden frame of the house was exposed. But the city won’t have to pay for any of the damage its officers caused, even though Lech had no connection to the shoplifting suspect who chose his home as a hideaway from pursuing police, according to a Tuesday ruling by a federal appeals court.

The police were acting in their lawful role to arrest a criminal suspect and thus they are not liable for damage caused to other property, even if the property owner had nothing to do with the crime at hand, judges on the U.S. District Court of Appeals for the 10th Circuit ruled.

The decision is the most recent result of three years of litigation connected to the raid, though Lech could appeal Tuesday’s decision to the U.S. Supreme Court.

Lech’s insurer, however, did pay the family $345,000 for the damage to the house and Lech rebuilt the home, according to a statement from Greenwood Village City Attorney Tonya Haas Davidson.

But that amount was not nearly enough to cover all the costs associated with the demolition and incidentals on the old house, personal property losses or even the appraised cost of the $580,000 home, said Rachel Maxam, one of the attorneys representing the Lechs. The Lechs ended up taking a $600,000 mortgage loan on the new house, which took two years to build.

“It’s a miracle insurance covered any of it in the first place,” Maxam said. “Insurance is for fires, floods. There’s no ‘police blew up my house’ insurance.”

Police also caused about $70,000 worth of damage to the house next door and insurance refused to compensate that homeowner, but the city only offered $2,000, Maxam said.

For five hours, officers tried to persuade Seacat to surrender. Seacat fired at least one round at police cars outside the home and multiple rounds after officers entered the home.

When negotiations failed, police started an assault on the home. The officers breached the doors with an armored vehicle and used explosives to blast holes in the walls. They flung tear gas canisters inside and fired 40 mm rounds at the home.

After 19 hours, police arrested Seacat. But the Lechs’ home was left uninhabitable, according to the lawsuit.

After the SWAT search, debris covered the yard. Almost all the belongings inside had been damaged and tear gas canisters remained lodged in the walls. The Lech family later found two needles filled with what they believed to be narcotics in the rubble — Seacat used drugs while hiding in the home, police said.

The city of Greenwood Village offered to pay $5,000 for temporary living costs for the family, but otherwise said it didn’t have to pay for the damage.

Leo Lech had been renting the home to his son, John, who lived there with his girlfriend and her son. After the SWAT operation, John Lech and his family had to move into his parents’ home in Sedalia, forcing John to find a new job and his girlfriend’s son to change schools.

Lech sued Greenwood Village and its police department in 2016, but the federal district court in Denver ruled the city wasn’t liable. Lech then appealed to the higher court, which agreed with the district court.

“The bottom line is that destroying somebody’s home and throwing them out in the street by a government agency for whatever circumstances is not acceptable in a civilized society,” Leo Lech told The Denver Post on Wednesday. He said if it weren’t for himself and his wife, his son and his family would be homeless.

“It destroyed our lives completely,” Lech said. “The way we were treated is barbaric. The whole thing is a debacle of epic proportions.”

While governments must pay for property seized under eminent domain, governments don’t have to pay for property destroyed by police in pursuit of enforcing the law, the court ruled. The Lechs’ attorneys disagree, citing other state courts that agreed defendants should be compensated in similar situations.

“This is happening all around the country because police have equipment from the military, so they decided this is the way to do things and typically the suspect does not survive it,” Maxam said.

A review of how officers handled the incident by the National Tactical Officers Association found that officers acted “in a highly commendable manner,” according to the Greenwood Village statement.

“The Courts, both State and Federal who have analyze this matter, have consistently ruled in favor of the police actions taken to resolve this critical incident,” the statement said. “The Courts have recognized that while these types of events present difficult questions, the police should value life over property and may act pursuant to their police powers accordingly.”

Maxam, however, called it an “unprecedented expansion of police powers,” allowing government actors to destroy a house and leave people homeless in the name of trying to enforce the law.

Leo Lech said this falls beyond eminent domain and is an issue that legislators need to step up and address.

“There’s going to be other families that are going to fall victim to this,” Lech said. “It’s inevitable.”

Lech and his attorneys plan to appeal the decision to the full panel of 10th Circuit judges and possibly the U.S. Supreme Court.