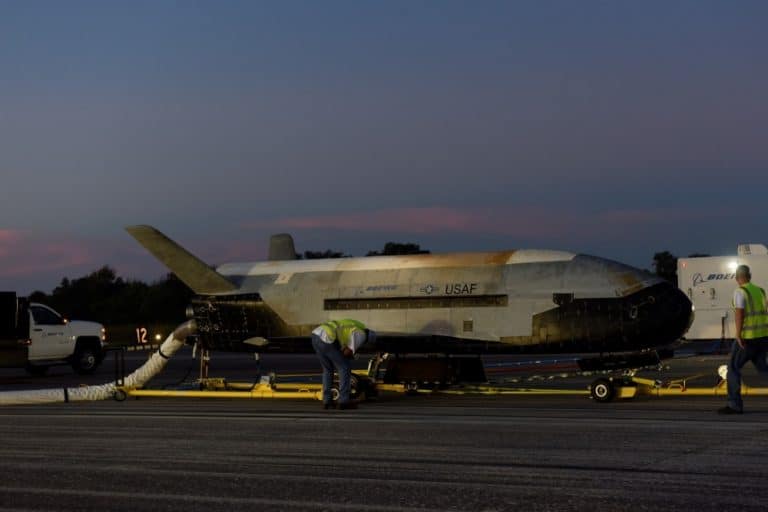 The spaceplane conducted on-orbit experiments for 780 days during its mission, recently breaking its own record by being in orbit for more than two years. As of today, the total number of days spent on-orbit for the entire test vehicle program is 2,865 days.

“The X-37B continues to demonstrate the importance of a reusable spaceplane,” said Secretary of the Air Force Barbara Barrett. “Each successive mission advances our nation’s space capabilities.”

This is the Air Force’s premier reusable and unmanned spacecraft, providing the performance and flexibility to improve technologies in a way that allows scientists and engineers to recover experiments tested in a long-duration space environment.

“The safe return of this spacecraft, after breaking its own endurance record, is the result of the innovative partnership between government and industry,” said Air Force Chief of Staff Gen. David L. Goldfein. “The sky is no longer the limit for the Air Force and, if Congress approves, the U.S. Space Force.”

“This program continues to push the envelope as the world’s only reusable space vehicle. With a successful landing today, the X-37B completed its longest flight to date and successfully completed all mission objectives,” said Randy Walden, Air Force Rapid Capabilities Office director. “This mission successfully hosted Air Force Research Laboratory experiments, among others, as well as providing a ride for small satellites.”

The distinctive ability to test new systems in space and return them to Earth is unique to the X-37B program and enables the U.S. to more efficiently and effectively develop space capabilities necessary to maintain superiority in the space domain. 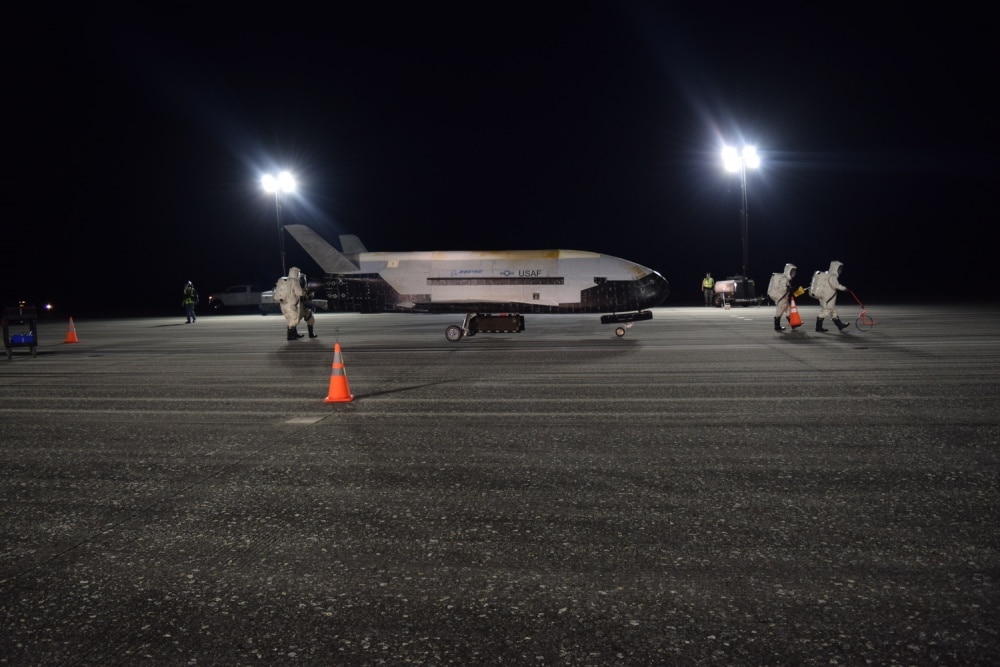 “This spacecraft is a key component of the space community. This milestone demonstrates our commitment to conducting experiments for America’s future space exploration,” said Lt. Col. Jonathan Keen, X-37B program manager. “Congratulations to the X-37B team for a job well done.”

This will be the second time the X-37B landed at the Kennedy Space Center Shuttle Landing Facility — Mission 4 landed after 718 days in orbit. The spaceplane was designed for an on-orbit duration of 270 days.

“Today marks an incredibly exciting day for the 45th Space Wing,” said Brig. Gen. Doug Schiess, 45th Space Wing commander. “Our team has been preparing for this event, and I am extremely proud to see their hard work and dedication culminate in today’s safe and successful landing of the X-37B.”

The fifth mission launched on Sept. 7, 2017, from Cape Canaveral Air Force Station, Florida, on-board a Space X Falcon 9 booster, and the Air Force is preparing to launch the sixth X-37B mission from CCAFS in 2020.

This press release was originally published by the U.S. Air Force