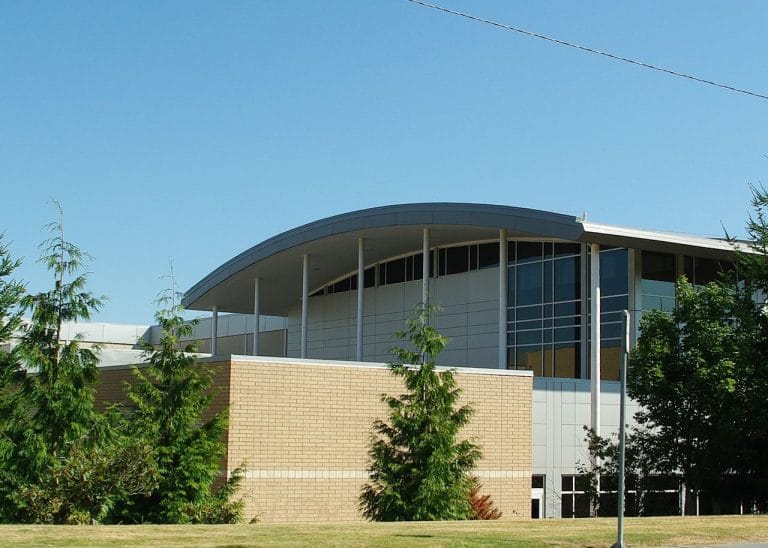 Video footage of a May incident at a high school in Portland, Oregon showed not only a coach’s decisiveness in disarming a gunman, but the coach’s compassion for a troubled young man.

Angel Granados-Diaz, then 18, later said he was feeling suicidal over a breakup when he entered Parkrose High School with a shotgun. Thanks to Keanon Lowe, a security guard and coach at the Portland, Ore. school, Granados-Diaz was disarmed and authorities were able to give him the help he needed, according to The Oregonian.

In the video, Lowe can be seen holding Granados-Diaz away from the gun and backing out of the school, buying time for another male school staff or faculty member to come along and take the gun away.

Once the gun was away Lowe — a Former University of Oregon football star and the current head football and track coach for Parkrose High School — could then be seen wrapping Granados-Diaz in an embrace.

Classmates and friends said Granados-Diaz, who was a Parkrose High senior at the time, had been sad and lonely after a breakup with his girlfriend.

School officials were first alerted to Granados-Diaz’s troubled state on the morning of May 17 about the potential danger after at least one student reported to the school that he had been making suicidal statements. Lowe, who is also a security guard for the school, was alerted to the issue and went to Granados-Diaz’ classes to find him and connect him with mental health support.

For a time the student considered killing himself in the bathroom but later moved to a classroom so someone could call 911 after the shot.

While Lowe subdued Granados-Diaz, other students were evacuated from the classrooms.

Responding Police officers determined Granados-Diaz had a single round in the gun and wasn’t carrying any additional weapons or ammunition. He never fired that single shot either.

As Lowe waited with Granados-Diaz until police could arrive, he shared a moment of understanding with the student, according to the Daily Mail.

He was given a sentenced on Thursday to a 36-month probationary sentence and any mental health treatment that he requires.

“When confronted with the test the universe presented me with, I didn’t see any other choice but to act. Thank God, I passed. I’ve spent the last 24 hours being more appreciative of my family and realizing we have a serious problem,” Lowe said following the May incident.

Lowe, who according to the Daily Mail has worked as an offensive analyst for the San Francisco 49ers and as an analyst for the Philadelphia Eagles, said he wasn’t sure what will come next in his career, but that he wants to be part of the solution to school gun violence.